Directed by Nick Hamm
An account inspired by historical events that illustrates how dialogue and empathy can help politicians build peace.

Human kindness is a catalyst to any peacemaking process. In the midst of conflicts ranging from local feuds to international wars, we are wounded and angered by the actions of others. We then turn to the emotions of fear, hatred, and distrust as the good-heartedness between people is cast aside and replaced by animosity. It is then that kindness becomes medicine that turns enemies into friends.

Another impulse contributes to peace. When the web of human connection is torn asunder, there are always those few who long for repair. There are also those who are open to the possibility that their zealous and dogged enemy may miraculously be turned into a friend. It happened with Mahatma Gandhi and a number of his British opponents during the struggle for independence in India. And it was evident in the reconciliation of Nelson Mandela and F. W. de Klerk who opened the doors for a new chapter in the history of South Africa. 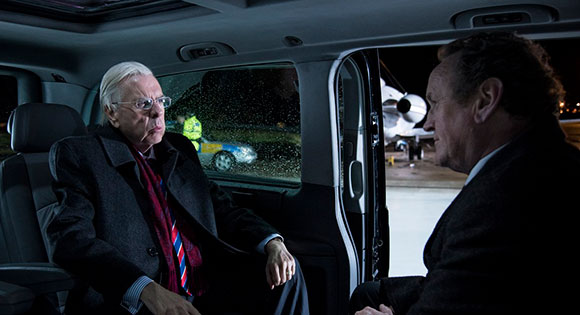 The Journey is another story of a coming together of enemies for the sake of peace. The screenplay by Colin Bateman imagines a meeting between two leaders during the negotiations for the 2000 peace agreement in Northern Ireland. The challenge for each man is to set aside his sectarian ideology and to find common ground.

Ian Paisley (Timothy Spall) is the 80-year-old founder and leader of the Democratic Unionist Party who is also a conservative evangelical Protestant minister. This proud British loyalist has nothing but scorn for the Irish Republican Army and what he regards as its terrorist tactics. 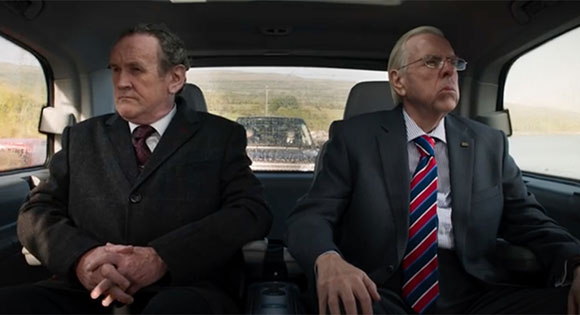 His foe is Martin McGuinness (Colm Meaney) who has committed himself to the goal of Irish reunification since childhood. He keeps bringing up the January 30, 1972, massacre in which British soldiers shot and killed 28 unarmed Northern Irish civilian protesters. He is a pluckish negotiator who often uses his wit to break through Paisley's heavily armored dogmatism and fixed views.

Their summit in St. Andrews in Scotland is interrupted by an impromptu country drive as McGuinness joins Paisley on a trip to Belfast for a celebration of his 50th wedding anniversary. Unknown to these two is the fact that Tony Blair (Toby Stephens) and the chauffeur (Freddie Highmore) have rigged the vehicle with surveillance equipment and are spying on them. 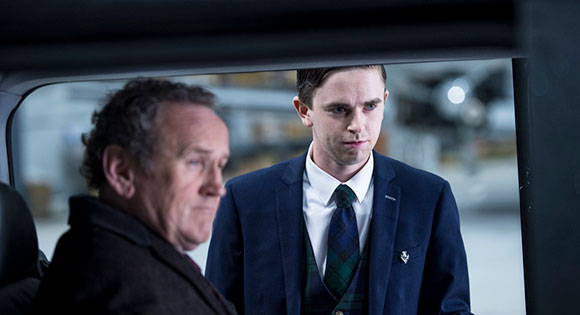 This portrait of political theatre is lit up by superb performances by Colm Meaney and Timothy Spall. They ably illustrate how the journey of turning enemies into friends is deeply spiritual. Little kindnesses add up. Each works to understand the other. Both listen carefully as they seek common ground and peace for those they represent. We root for them each step of the way and when the breakthrough arrives, our hearts are warmed by their mutual quest for peace.