Directed by Mickey Lemle
An edifying and uplifting documentary on the spiritual insights, practices, and epiphanies of His Holiness the Dalai Lama.

Writer and director Mickey Lemle begins The Last Dalai Lama with a gigantic birthday party for this winner of the Nobel Peace Prize and spiritual leader of Tibetan Buddhists who calls himself "a simple monk." As the head of the Tibetan government now in exile, his mission is "the preservation of Tibetan culture."

The film uses some archival footage and photographs to tell the story of the Dalai Lama's early life in Tibet and his escape from the Chinese to exile in India. He reveals both the strain and the sadness of knowing what is happening in his country, including young monks setting themselves on fire to protest the Chinese occupation. Still, his trademark laugh and smile are often present. 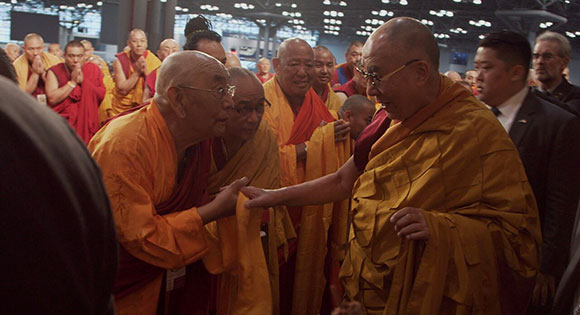 There are several fascinating sections of this documentary which deserve special mention: 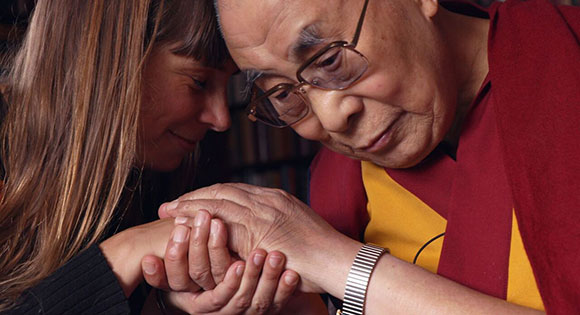 What sustains this 80-year old monk who meets regularly with visitors in Dharamsala, India? He talks briefly about his daily meditation practices and his intention to serve others and always put them first. He believes that we should do our best to love our enemies. He shares a few stories of Tibetan monks whose main concern while in prison was to be compassionate toward their guards and torturers. He explains that when faced with someone who wants to harm us, we can view this encounter as an opportunity to develop patience and tolerance. From the Tibetan Buddhist point of view, enemies can be transformed into our teacher or guru. 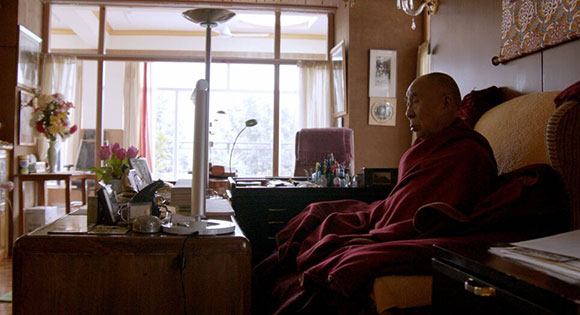 Mickey Lemle has long used the documentary form to introduce us to spiritual teachers. His Ram Dass: Fierce Grace is an extraordinary film about this respected spiritual teacher who, after being felled by a stroke, demonstrated to all how to come to terms with debilitations and to face death.

Hasten Slowly: The Journey of Sir Laurens van der Post maps the life and work of this South African cultural anthropologist, statesman, and author of 26 books. This large soul talks about his childhood in South Africa, his fight against apartheid, his travels to Japan, his experiences in a POW camp during World War II, and his search for the Kalahari bushmen which resulted in the documentary film The Lost World of the Kalahari.

Lemle's Compassion in Exile: The Story of the 14th Dalai Lama was released in 1993. This new film is a return visit to a remarkable spiritual leader whose compassion for all is matched by his obvious joy in life.