Directed by Stephen Frears
A delightful dramedy about the Queen of England's friendship with a 24-year-old Indian clerk.

In her 80s, Victoria (Judi Dench) is Queen of England and Empress of lands covering nearly a quarter of the Earth's surface. Despite having nine children, she is a lonely woman, still mourning the loss of her husband Albert and her close companion John Brown, a Scots gillie. Now she overeats, falls asleep at banquets, and is bored with the members of the English establishment who are always trying to curry favor with her. 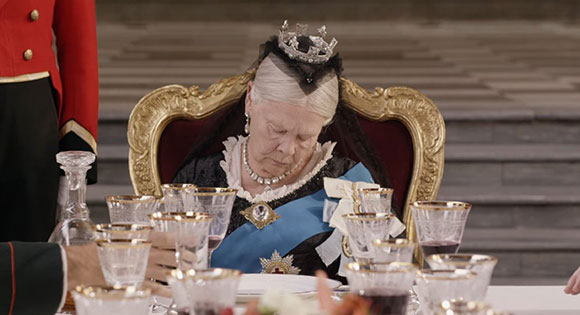 Abdul Karim (Ali Fazal) is a 24-year-old clerk in Agra, India. Because of his height, he is chosen to go to England and present a mohur (a gold coin) to the Empress. Also chosen for the trip is Mohammed (Adeel Ahktar), who often voices his anti-colonial feelings and calls the British barbarians. Arriving in England, the two outsiders are given new costumes and briefed on court protocol. For example, they must not look the Queen in the eyes.

At a sumptuous banquet during the Golden Jubilee celebrations, Abdul presents the coin. Then, surprising everyone, he bows down and kisses Victoria's foot. Further disobeying orders, he catches her eye. She later tells her staff she finds him very handsome. 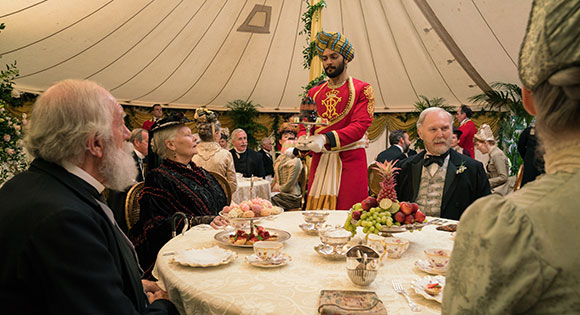 Before long, the Queen and this charming and knowledgeable Muslim forge a deep friendship. He shares with her the story of the Taj Mahal and the delights of Indian cuisine. He agrees to teach her Urdu, and she demands that he be called her Munshi (spiritual teacher). He leaves the servants' quarters for more luxurious quarters and is promoted to be her personal footman. She takes him to Balmoral, her estate in the Scottish highlands, and he even rides in his own carriage on the royal train.

This cross-cultural relationship has plenty of rough spots. Victoria is furious when she learns that he has a wife in India, but she arranges for his family to come to England. A more serious breach occurs when she discovers he has not told her the truth about Muslim involvement in the Mutiny, embarrassing her before the court. But treating him more like a son than a servant, she continues to admire and trust him. 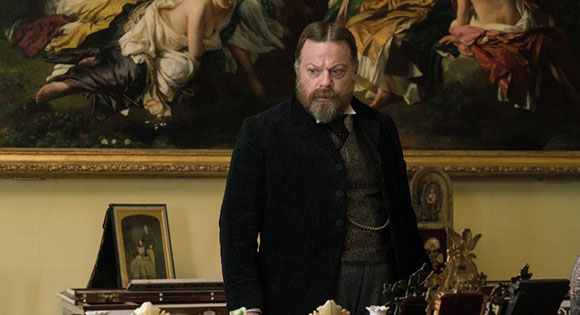 The same cannot be said of the Queen's aristocratic entourage and staff which includes Michael Gambon as the Prime Minister, Olivia Williams as Baroness Churchill, and Eddie Izzard as Victoria's son Bertie, the Prince of Wales. They justly earn the ire of the Queen as they ridicule and do everything possible to get rid of this outsider whom they think has too much power over her. After her death Bertie burns his mother's Urdu journals and all her correspondence with Abdul, revealing his disdain for the man who had overshadowed him for so many years as Victoria's teacher, friend, and confidant. 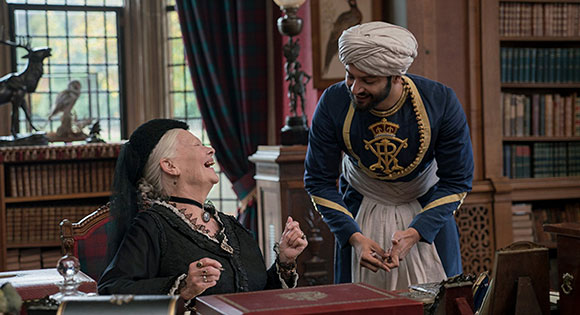 Director Stephen Frears keeps this story humming with his great gift for drawing out the many meanings of English ritual and racism. One of the magical moments occurs as the Queen is dying and Abdul recites a poem by Rumi, assuring her that she has been a drop in the ocean, but she will now be an ocean in a drop. It's a beautiful image for a woman who despite great worldwide power yearned for something more through her relationships.

PG-13 - some thematic elements and language