Neither Wolf Nor Dog

Directed by Steven Lewis SImpson
A road movie featuring conversations with an Lakota elder on the tragedies experienced by his people and the lessons of his life.

Neither Wolf Nor Dog is based on the award-winning book by Kent Nerburn, the first of a trilogy about his conversations with a Lakota elder and his family. The screenplay was written by Nerburn and director Steven Lewis Simpson. It is showing at film festivals and selected theaters around the country; to find a screening in your area, visit the film's Facebook site.

In the opening scene, Kent Nerburn (Christopher Sweeney) is talking with his son as they work on his truck. "A truck is like a life," he says. "The more care and attention you give it, the more rewarding the experience." The story that then unfolds demonstrates what it means to give care and attention to a life. 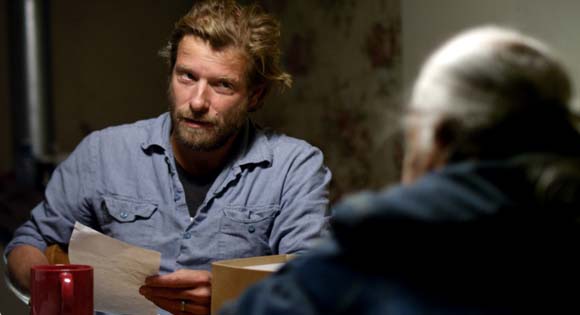 Out of the blue, Nerburn gets a call from Winonah (Roseanne Supernault), the granddaughter of Dan (Dave Bald Eagle), a Lakota elder who lives on the Pine Ridge Indian Reservation in South Dakota. They have seen a collection of stories that Nerburn helped Indian children on a Minnesota reservation put together. Even though Nerburn lives 400 miles away, Dan wants to talk to him. "It's important. He's old," Winonah explains before hanging up. When Nerburn's wife and son go to visit family, he decides to see what the old man wants. He is inspired by the example of his own father, who recently died. Among his things, he finds a knapsack with the phrase "Service Before Self" written on it. This becomes Nerburn's motto.

Arriving on Pine Ridge, Nerburn learns that Dan wants him to write a book about his life, thoughts, and memories. It is not an easy task. The old man gives him a box of notes, but when Nerburn comes back with a draft of what he's written from them, Dan falls asleep. Grover (Richard Ray Whitman), a friend, steps in to help. With a mix of criticism, teasing, and even practical jokes, he challenges Nerburn to put the whole picture of Indian life into the book: "You have to listen before you can learn to see," he says. 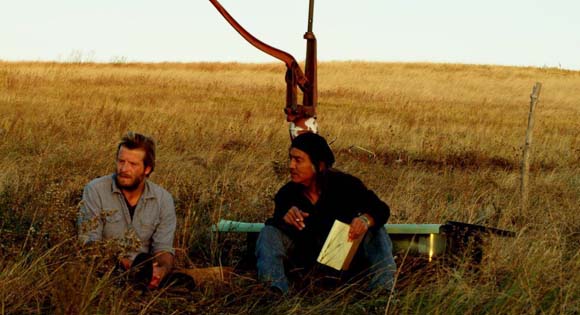 Gradually, pieces of Dan's life are revealed. Winonah shares details of what he went through as a boy in a boarding school where the whites tried to take away his culture. Another granddaughter, Danelle (Roseanne Supernault), tells him about Dan's son who died.

On a road trip in Grover's car, Dan reveals more about what's on his mind. When Nerburn expresses concern that he as a white man is not up to the task of writing about an Indian, Dan tells him that he has no choice: He's been picked by the Creator for this task. Always prodded by Grover, Nerburn learns more about the Indians' views of history and life from visits to a museum where bones of Indians are displayed, a diner where they have an encounter with a drunk Indian, and finally, the Wounded Knee battlefield and graveyard. 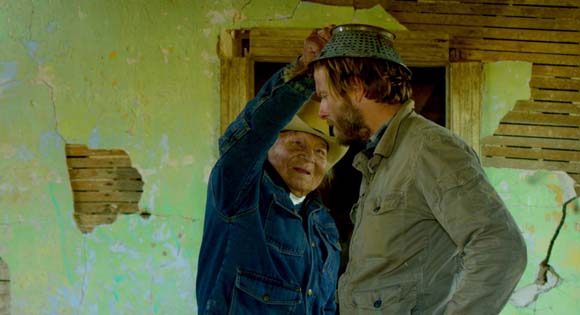 There are many themes worth reflecting upon and discussing in this film. We are grateful to our friend Linda J. Vogel for putting together a Values & Visions Guide focusing on them. When we moved to California, we discovered that our neighbors, Linda and her husband Dwight, were huge fans of Kent Nerburn's books and like us, had contributed to the Kickstarter campaign to fund this movie. Linda and Dwight traveled to the San Diego Film Festival for the American premiere of the film, and we later screened the film at our home. Linda's guide includes many quotes from the film as well as questions you can use as you assess your own feelings about Native American culture and history. 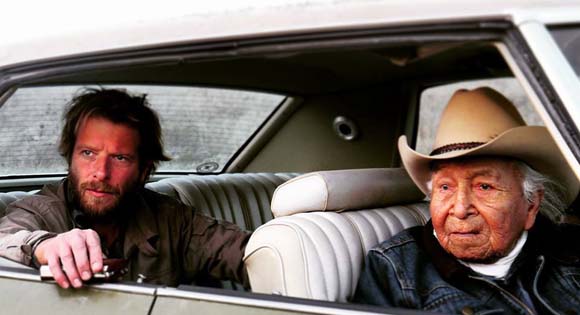 For us, the strongest message of the film is the importance in this spiritual tradition of the practices of silence and listening. How many of us could put our own needs, curiosity, and opinions aside, as Nerburn does, to open ourselves up to receive the wisdom of another culture? How many of us could learn to really listen, even when we were being challenged again and again for things which we did not personally participate in? As white people, we wonder how many of us can admit that we feel ashamed about the actions of our people and helpless because we cannot take back any of the suffering our people have caused?

At Wounded Knee, Dan asks Nerburn, "How do you feel about all this?" That's the key question for all viewers of this powerful and touching film.

Values & Visions Discussion Guide to Neither Wolf Nor Dog