Directed by Alexander Payne
A dramedy about an ordinary man given the choice to become a bodhisattva.

"My religion is kindness."

— His Holiness the Dalai Lama

In the Buddhist tradition, a bodhisattva is a person who is bound for enlightenment and chooses to commit him- or herself to the path of compassion, serving and helping suffering beings. We encourage you to keep this in mind as you watch this unusual movie.

The central character in Downsizing is Paul Safranek (Matt Damon), a decent and conscientious occupational therapist. His wife Audrey (Kristen Wiig) wants to move but their efforts at refinancing a new house fail. Then they learn about a new program initiated by scientists at an institute in Norway. Through a process known as cellular reduction, they can shrink humans down to about six inches tall. After a community of "small people" proved they could successfully live using much fewer resources and putting a whole year of waste in one bag, "downsizing" is seen as a practical way to save the planet from its greatest threat — overpopulation. Although that sounds good to Paul and Audrey, their motivation for exploring this radical life change is more personal. From a college friend (Jason Sudeikis) and a corporate guru and his wife (Neil Patrick Harris and Laura Dern) they learn that getting small will mean they can have a whole lot more — a huge home and the lifestyle of the rich in Leisure Land, a planned community. Their meager nest egg in the big world turns out to be a fortune in the small world. We can understand why Paul is ready to undergo the irreversible procedure. But on the other side, he is surprised to find his hopes and dreams for the future profoundly shaken. 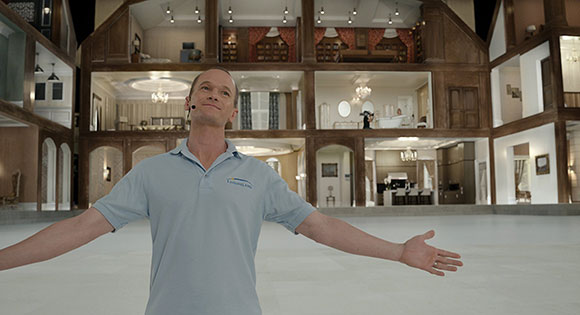 As is the case in many films by director Alexander Payne, when one door closes, another vastly different one opens. Through his hedonistic neighbor Dusan (Christoph Waltz), Paul meets Ngoc Lan Tran (Hong Chau), a Vietnamese political dissident who was made small against her will and now works as a cleaner in his building. After he tries to help her with her prosthetic leg, she shows him where she lives — a ghetto-like community characterized by the same ills of poverty, racism, and intolerance common in the big world. 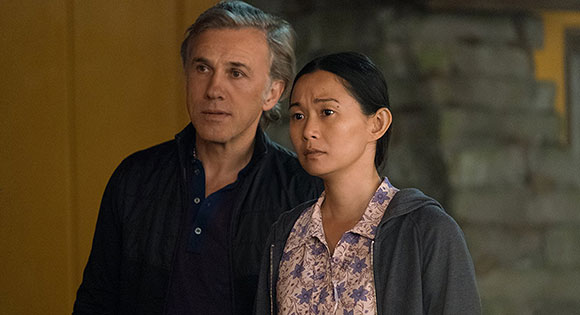 Paul is very much taken by this energetic young woman who brings food, drugs, and other supplies to her neighbors in need. Later, when Dusan invites Paul to join him on a trip to the original small community in Norway, she insists on coming along. They learn that the head Norwegian scientist (Rolf Lassgård) has decided that the planet has passed the tipping point and the only hope is for a remnant of humanity to go to a Noah's Ark-like safe place until the Earth is habitable again. You can probably guess the choice now facing Paul. For a movie to even posit the way of the bodhisattva makes it one of the Most Spiritually Literate Films of 2017.

R - language including sexual references, some graphic nudity and drug use