Thank goodness, now a fresh approach to his complex life and artistic output has come to the fore to counter-balance the simplistic portrait of this Dutch painter as an antisocial madman who died as a martyr to his art.

Loving Vincent is the first-ever fully-oil-painted feature film. Under the guidance of co-directors Dorota Kobiela and Hugh Welchman, this animated work was created by 125 painters selected from over 5,000 applicants from around the world to complete 65,000 hand painted frames. Loving Vincent won the Audience Award at the International Animation Festival in Annecy. 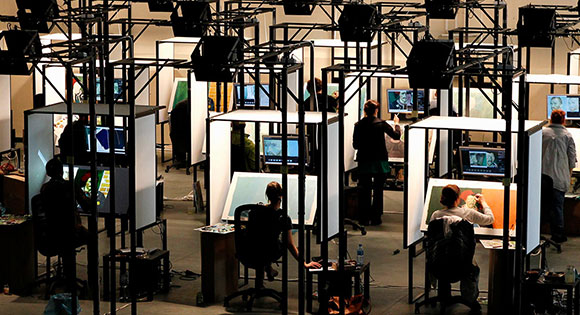 The paintings for this visually rich production shine with the same radiance as Van Gogh's original works. In many cases, familiar paintings come to life – as if the characters are stepping out of Van Gogh's canvases. Similarly, the figures move through scenes we've seen before – the yellow house in Arles, Van Gogh's bedroom, tables outside a café, a wheatfield, crows in flight, a starry night. You will notice a familiar still life or the distinctive way that the artist conveyed light emanating from a lamp.

Douglas Booth voices the role of Armand Roulin, the son of the postmaster in Arles, Joseph Roulin (Chris O'Dowd). At his father's insistence, he sets out to deliver a recently discovered letter, Vincent's last to his brother Theo (Cezary Lukaszewicz). Theo had supported his gifted brother in many ways, and they carried on a vigorous correspondence.

When Armand learns that Theo has died, he travels to Auvers-sur-Oise, intending to deliver the letter to Doctor Gachet (Jerome Flynn), who had treated Vincent for melancholia. There he pieces a picture of the artist's last days together with input from the daughter of the hotel keeper where he stayed (Eleanor Tomlinson), a local boatman (Aidan Turner), and Gachet's daughter Marguerite (Saoirse Ronan). Van Gogh (Robert Gulaczyk) was a very hard-working artist who both in life and in death was drenched in contradictory evaluations. 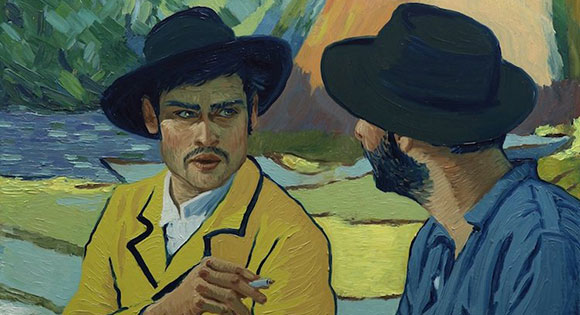 Did Vincent Van Gogh commit suicide or was he shot accidentally or on purpose by some local youth? Armand comes to his own answer, but the film leaves the event open to other explanations. The controversy swirling around this question just adds to the manifold mysteries which adhere to this Dutch artist's life and death. But what is clear from his paintings and this cinematic tribute, Vincent Van Gogh attended to the details of life; he loved deeply and he loved tenderly.

Interpretations of Vincent Van Gogh's A Pair of Shoes

Vincent: The Life and Death of Vincent Van Gogh