Directed by Ziad Doueiri
A spiritual masterwork about the harm that can be done with cruel and dehumanizing words.

"Ethnocentrism, the belief that your group is better than the other guy's — a relentless dichotomization of the human world — was not invented by the Greeks with their barbarians or the Jews with their Gentiles or the Christians with their heathens but independently, again and again, by every population on the planet."

The Insult is set in Beirut, Lebanon, a city still experiencing the economic and emotional repercussions of the 15-year civil war that ended in 1990. Christians make up the majority of the population with Palestinians numbering 10%. The animosity toward the refugees, many of whom are living in Lebanon illegally, is very volatile; fights and small skirmishes break out daily as the two religious and ethnic groups interact.

"The Hostile Imagination is a disease of the mind."

Prejudice is a disease of the mind in which we project our feelings of anger, self-disgust, alienation, and paranoia on others whom we perceive to be different. Philosopher Sam Keen calls this malady "the hostile imagination." A crucial element of it is the constant complaint of being a victim of those with more power, money, or influence. 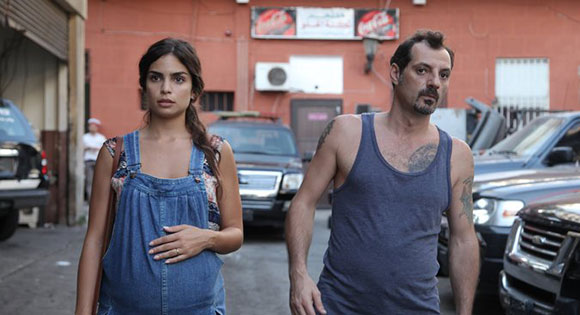 In this compelling and parabolic picture, Lebanese director Ziad Doueiri follows in the train of West Beirut and The Attack where he explored the ravages of war and the malevolencies of terrorism. We first meet Tony (Adel Karam) at a rally for Bachir Gemayel, a right-wing Christian leader known for spewing anti-Palestinian hate speech. This angry young Christian owns and runs a car repair garage. He and his wife Shirine (Rita Hayek) are expecting their first child.

Yasser (Kamel El Basha), a Palestinian refugee in Lebanon, is a foreman for a construction company who is working in the neighborhood. After water from a drainpipe from Tony's terrace douses him, he asks for permission to fix the illegal fixture. But Tony refuses, and when Yasser's men go ahead and replace the pipe anyway, the angry Christian smashes their work. Yasser, considering this all an unnecessary bother, insults Tony. When his boss insists he apologize, Yasser goes to the garage where Tony is listening to an anti-Palestinian rant on the radio. He says to the visitor: "I wish Ariel Sharon had wiped you all out." In response, Yasser punches him in the belly, breaking two of his ribs. 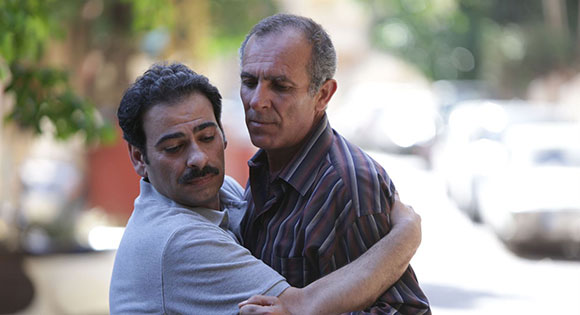 "You can give life in your speech. You can diminish life when you speak in hatred or anger."

— Hal W. French in Zen and the Art of Anything

The illuminating screenplay by Douieri and Joelle Touma vividly conveys the roiling tension in this drama. As insults escalate into a feud, we find it easy for us to sympathize with each of these men. They could both use some anger management training! The Insult contains a disclaimer stating the drama represents the views of the filmmakers and not that of the Lebanon state.

His Holiness the Dalai Lama, having seen his country taken over by the Chinese and his people slaughtered, nevertheless preaches careful speech. In The Path Toward Tranquility, he writes: "I myself still occasionally become irritated and angry and use harsh words toward others. Then, a few moments later when the anger has subsided, I feel embarrassed; the negative words are already spoken, and there is no way to take them back. Although the words have been uttered and the sound of the voice has ceased to exist, their impact still lives on. Hence, the only thing I can do is to go to each person and apologize, isn't that right?" 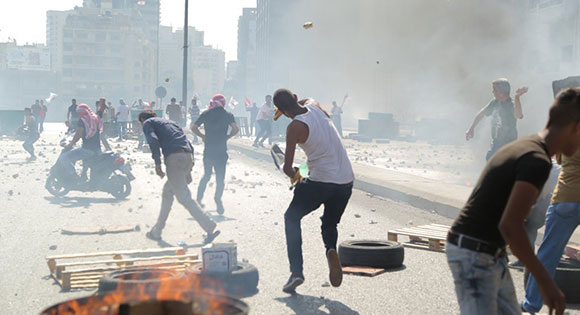 But apologies are very hard for Tony and Yasser. They end up in court over the physical assault, even though Tony still claims all he wants is an acknowledgment of Yasser's guilt. The prosecutor and the defense bring in the history of insults and resentments plaguing the different communities in Lebanon, arguing that each of the parties acted out of extreme distress. All the conflict surrounding the trial brings on a media circus.

"When we realize that we are not victims we can accept responsibility for our action and not resort to blame." 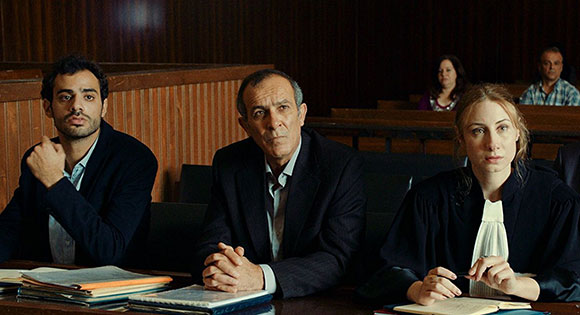 We believe that the antidote to the Hostile Imagination is the Moral Imagination with its virtues of empathy, hospitality, perspective-taking, and compassion. And this film does not disappoint us. Just when we think these adversaries will never be able to find peace within themselves and with the other, there are moments of grace. Can these adversaries turn the page? After watching this powerful film, can we?

R - language and some violent images