Chinese writers and directors Xuan Liang and Chun Zhang created a short film 12 years ago and then put all their time, energy, and creativity into Big Fish & Begonia, a beguiling animated movie about life and death, love and sacrifice, changing creatures and magical worlds. As this enigmatic and mesmerizing story unfolds, we recognize a Taoist touch which is evident in proverbs and fables from the ancient Chinese mythology text Classics of Mountains and Seas. 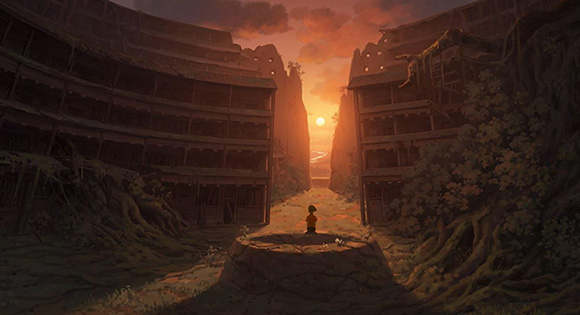 In a mysterious under-the-sea kingdom lives a mystical race of beings. Chun, a 16-year-old-girl, is looking forward to spending seven days in the human realm; this is a rite-of-passage during which she is to observe the laws of nature that are under the control of her community. Her parents warn her to avoid any involvement with humans because they are very dangerous.

After ascending through a vortex to the surface of the sea, Chun is transformed into a beautiful, playful red dolphin. When she gets tangled up in fishing net, a youthful fisherman saves her, but he dies during the rescue mission. The red dolphin is distressed to see the sorrow of his little sister watching from the shore. 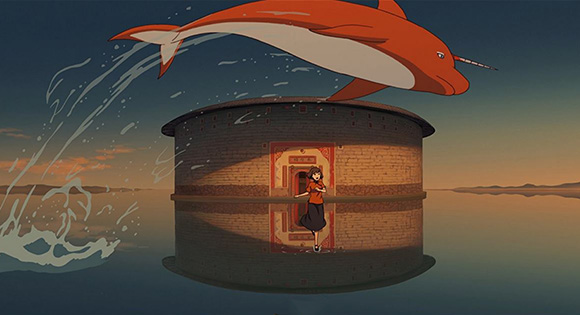 Chun, who is very noble, feels beholden to the human who sacrificed himself for her and so she sets out to find out what it will take to bring him back to life. This involves her visiting a "Soul Keeper" where she sacrifices part of her own life and is given the boy's soul to care for in the form of Kun, a dolphin-bodied being. He keeps growing and provides Chun with a loving presence which keeps her heart open and happy. During this interlude, Qiu, a childhood friend, keeps watch over her and Kun. 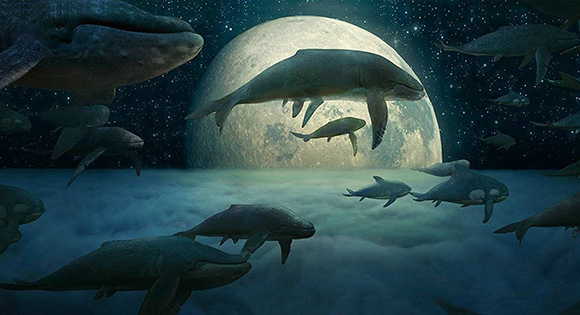 Big Fish & Begonia is a hit in China, and this success bodes well for Liang and Zhang who have followed the example of many Japanese anime artists by not centering their story around good versus bad guys as in so many American movies. The writers also have no fear of portraying the emotions of Chun, Kun, and Qiu. We were especially moved by the farewell scenes where the gigantic dolphin flies gracefully up and over his beloved caretaker and then circles back for some affectionate Eskimo-like kisses.

Like the visually stunning The Red Turtle, this animated movie has great respect for the marvels and mysteries which confound reason and express the universal truths that tie us all together.