Directed by Paul Schrader
A slow movie classic which explores a rainbow mix of religious and spiritual themes.

"There is no sun without shadow, and it is essential to know the night."
— Albert Camus

The Rev. Ernst Toller (Ethan Hawke) is a middle-aged former military chaplain now serving a small Dutch Reformed chapel in upstate New York. Approaching its 250th anniversary, First Reformed is more a museum than an active congregation. Five to ten people come to services on Sunday to listen to his traditional and uninspiring sermons. The nearby megachurch, Abundant Life Ministries, helps keep the place afloat.

Toller is a tormented soul, the kind of person Soren Kierkegaard described as afflicted by "a sickness unto death." At night in solitude, he pours out in his journal the anguish, doubts, and fears that have imprisoned him. Toller's wife left him after their beloved son was killed in the Iraq war. He carries an immense burden of guilt for having pushed the boy to enlist. 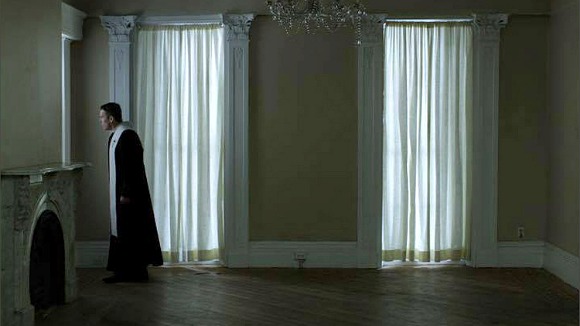 Many days Toller leads tours of First Reformed Church. In the only scene where he seems to come alive, he explains to some visiting children how the historical church served as a way-station on the Underground Railroad assisting slaves seeking freedom in Canada.

Toller's inward battles also include a physical malady which may or may not be an aggressive case of stomach cancer; he's got blood in his urine and drinks too much alcohol to escape the pain of all his troubles. Esther (Victoria Hill), the sensitive woman who leads the choir at Abundant Life, keeps a careful watch on Toller's flagging health. She also wants to assuage his loneliness by reestablishing an intimate relationship. But the more she yearns for him, the more he pushes her away. 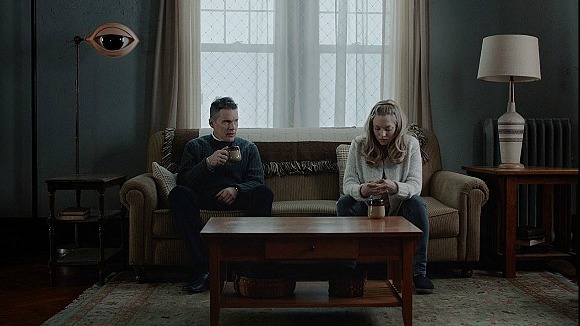 Things begin to change for Toller when one of his few parishioners, Mary (Amanda Seyfried), comes to see him. She's pregnant and worried about her husband Michael (Philip Ettinger), an eco-activist who is so distressed about the state of the planet that he does not want to bring a child into the world. Toller meets with the young man, listening quietly as he spells out the facts about climate change and the desolation and destruction of the planet.

"Will God forgive us for destroying His creation?" Michael asks. Considering this seriously, the minister begins to listen to his own conscience. He finds himself concerned about the ecological crisis but also what he sees as happening to the church. Soon he is confronting both evangelical sponsors, led by Rev. Jeffers (Cedric the Entertainer), and Ed Balq (Michael Baston), a wealthy industrialist (and polluter) who is the chief donor for First Reformed's 250th reconsecration festivities. 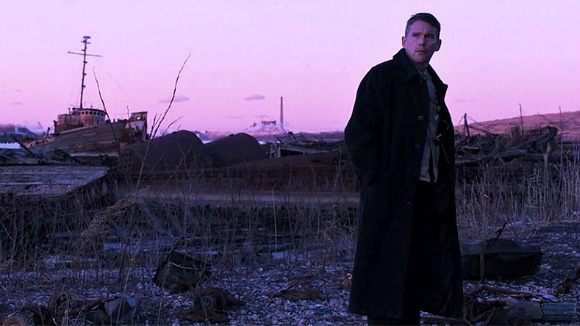 The story takes many more turns as this man of God tries to find a faithful response to Michael, Mary, and those with power over him. Here are some thoughts that came to us about this powerful story.

— First Reformed is a serious and sobering film about the challenges facing contemporary religion and the spiritual riches which abound to those who remain open to grace and the mystery of God. It also has some harsh things to say about the prosperity Gospel-based evangelicalism of megachurches like Abundant Life.

— This is a "slow film" driven by character. It refuses to bow down to the fast-paced, frenetic, and energy depleting dynamics of many Hollywood films. Director Paul Schrader explained its uniqueness in Variety interview:

"There is another kind of movie. It seeks not to put its hand on your throat and force you to listen and feel. It leans away from you and asks you to come forward toward it. Sometimes these are called contemplative films or slow films. The power of this kind of film is that it puts the viewer in motion rather than letting the viewer be totally passive." 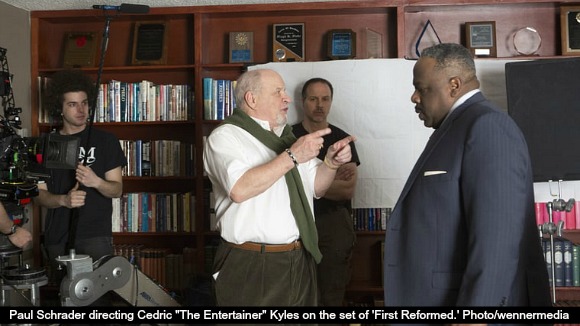 — Paul Schrader has a deep respect for inexplicable mystical happenings. In First Reformed, we see this in a scene of a levitation. He has always wanted to make spiritual film and First Reformed is the closest he has come to fulfilling that dream. His favorite film in this regard is Diary of a Country Priest.

— First Reformed is the 21st film directed by Paul Schrader and he points out in an interview with Richard Thompson in Film Comment that it has many resonances with Taxi Driver, his most popular and daring screenplay. The connections are evident in the choices that must be made by the taxi driver Travis and the minister Toller as they move between self-destruction and violence in the name of righteous indignation.

— Many moviegoers have not been taken with Schrader's gloom and doom characters and themes in his prior movies. This one feels different. The surprise ending to First Reformed exalts the amazing capacity of love to liberate those who feel abandoned and lonely. Toller's spiritual journey is a long day's journey into night capped by a grace note rooted in surrender.

The Comfort of Strangers