The Catcher Was a Spy

Directed by Ben Lewin
The true story of a baseball player who loves both games and secrets.

In 1936, Moe Berg (Paul Rudd) is playing for the Boston Red Sox; he's had a long career as a catcher and is in no hurry to retire. When a rookie on the team questions Berg's sexual orientation, the catcher beats him up in back alley. It turns out that this athlete treasures his privacy and has many secrets. 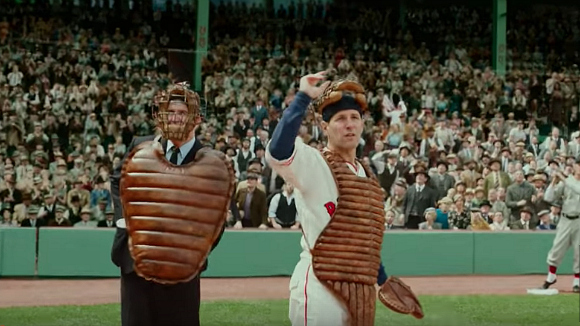 Moe is no ordinary baseball player. He was educated at Princeton and the Sorbonne and speaks 12 languages. When he is given a chance to go on a public relations tour to Japan, his live-in girlfriend Estella (Sienna Miller) asks to go along, but he refuses, claiming to prefer to travel alone. In Japan, he is popular with the fans for speaking their language. He also sneaks off and films Japanese naval installations from a rooftop. Back home after showing this footage, he is given a job with the Office of Strategic Services. Now he is a spy with more secrets.

After serving some time at a desk job, Moe is given an opportunity to work in the field on a top-secret job with intelligence officer Robert Furman (Guy Pearce) and physicist Samuel Goudsnit (Paul Giamatti). Their target is Werner Heisenberg (Mark Strong), the winner of a 1932 Nobel Prize for his insights on quantum physics. He is reputed to be at work on an atom bomb for the Germans. Although American scientists are developing their own weapon via the Manhattan Project, they fear they are behind the Nazi effort. 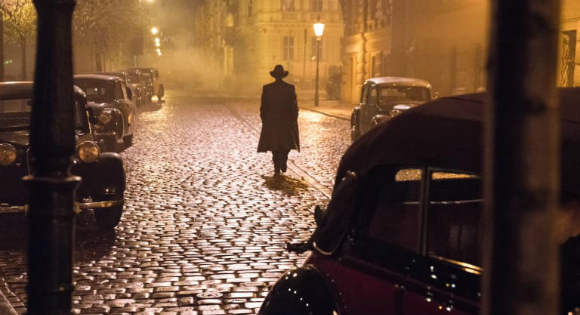 The Catcher Was a Spy is directed by Ben Lewin; it is based on the book The Catcher Was a Spy: The Mysterious Life of Moe Berg by Nicholas Dawidoff. This engaging drama tells the true story of a complicated American patriot who shrouded himself with mystery and found a home in the espionage establishment. Paul Rudd vividly captures and conveys the secretive obsessions of this spy, and there are fine performances in support by Jeff Daniels, Sienna Miller, and Tom Wilkinson.