Directed by Andrew Haigh
A sobering portrait of a boy on his own that reveals the universal yearning for home.

"Every man, every woman carries in heart and mind the image of the ideal place, the right place, the one true home, known or unknown, actual or visionary."
— Edward Abbey

Fifteen-year-old Charley (Charlie Plummer) has just moved from Spokane, Washington, to Portland, Oregon, with his single father Ray (Travis Fimmel). The boy never knew his mother who ran off long ago. His dad loves and encourages him, but he's not a good provider; there is never enough food in their ramshackle house. Ray is sleeping with a woman (Amy Seimetz) from work who has a jealous husband. Charley has no friends and finds it hard to fill the hours of the day. His favorite release from poverty and loneliness is running. 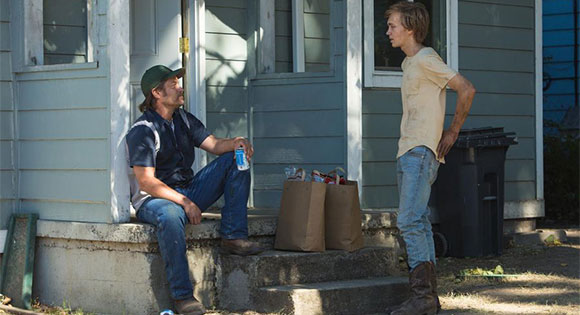 Charley is very pleased with himself when he lands a job at the Portland Downs racetrack working for Del (Steve Buscemi), a gruff horse trainer who introduces him to a brave new world of cheap races. Despite the fact that his boss tells him not to get attached to the horses, the boy is drawn to Lean on Pete, a quarter horse who is past his glory days and has bad feet. Bonnie (Chloe Sevigny), a resilient jockey who has survived a series of terrible falls, warns Charley that a race horse is not a pet. 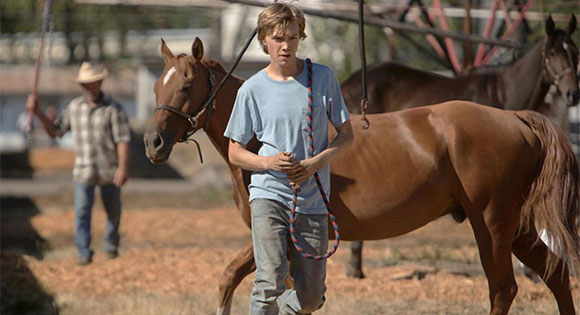 Lean on Pete is another example of Andrew Haigh's ability to direct intimate character dramas (45 Years) that rivet us to the screen as the characters test their beliefs and ideals against the messes and miseries which overtake them. After his father is assaulted and fatally injured by Lynn's husband, Charley's only friend in the world is Lean on Pete. But when the horse loses at the track, Del prepares to ship him to Mexico to be slaughtered. In the middle of the night, the grieving teenager puts the horse in Del's mobile trailer and drives off in hope of locating the only relative he has left, his aunt Margy. He knows she lives in Wyoming, but he doesn't know exactly where.

In the sad and grim second half of the film, Charley reveals to his beloved four-legged companion his deep feelings about his life so far. The screenplay by Haigh, based on Willy Vlautin's novel, introduces us to a batch of hardscrabble people who live in poverty in small western towns. The hapless and homeless boy encounters a kind waitress who lets him go when she learns he can't pay for the big meal he has just consumed.

Some veterans give him a place to stay but he grows restless and uneasy after spending only a short time with them. His interaction with a homeless alcoholic (Steve Zahn) draws out the desperation of his days and the violence which has been gathering like a storm in his body, mind, and soul. 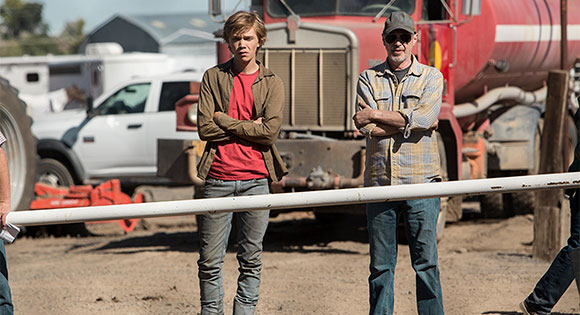 Lean on Pete is carried on the shoulders of Charlie Plummer who previously played the kidnapping victim John Paul Getty III in All the Money in the World. It is a engaging performance that demands our emotional response. We found ourselves thinking about Charley for days after we saw the movie; we had been rooting for him and we kept wondering if he is going to be okay.

There are several important themes in this intense and sobering drama. It reveals the universal longing for home as a place or a space where acceptance, fellow-feeling, and love abide. As Charley and Lean on Pete slowly stride through desert areas, the boy talks about his most precious hopes and dreams for finding a true home that he has only briefly experienced in the past. 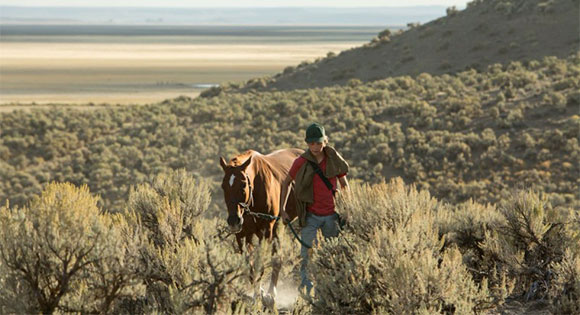 Another theme which speaks to our hearts and minds is the drama's portrait of poverty as a debilitating condition that robs millions of men, women, and children of their dignity and self-respect. At one point, Charley admits that he wishes he could see his old friends from Spokane, but he would not want them to see what he's become.

The final message of Lean on Pete is its heralding of empathy as the good medicine which can save us. Charley is sensitive to the pain and suffering of others and by the end of his story, we see the ways in which this healing balm blesses him. Or as Roman Krznaric puts it: "Empathy can create a revolution in human relationships."

Lean on Pete is one of the Most Spiritually Literate Films of 2018.