Directed by Madeline Garvin
An inspiring story of compassion and service in a program training rape victims to be community leaders.

Congratulations to Dr. Denis Mukwege, a doctor who has treated thousands of rape victims in Congo, and Nadia Murad, a Yazidi human rights activist, winners of the 2018 Nobel Peace Prize for their efforts to "end the use of sexual violence as a weapon of war and armed conflict." This film is about Dr. Mukwege's efforts, in consort with other concerned and dedicated people.

The Congo in Africa has been a tortured and tormented country for more than 120 years. King Leopold of Belgium left his mark of death and destruction by exterminating an estimated 10 million people between 1885 and 1908.

More recently, what started as a civil war to overthrow dictator Mobutu Sese Seko in 1996, escalated into "Africa's first world war." Supported by multinational corporations and foreign governments, numerous armed groups, some including soldiers from other countries, savaged the countryside. The International Rescue Committee has estimated that 5.4 million Congolese died of war-related causes between 1998 and 2007. 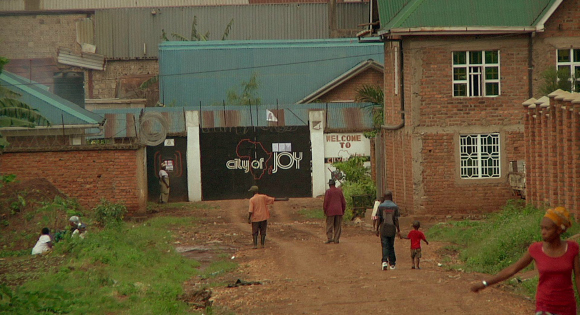 And the violence has not stopped. Many of the murderous militias continue to fight for control of the Congo's extraordinary mineral wealth, including the world's largest reserves of coltan (used in cell phones) and significant quantities of the world's cobalt. The area also has tin, tungsten, and gold.

One of the most startling dimensions of this struggle for control of the mineral mines is that the rape of women has been used as a weapon of war. Women are gang raped in front of their husbands, children, and neighbors — resulting in whole villages fleeing to escape the humiliation and violence. Many women are killed and those who do survive — hundreds of thousands of women and girls — are severely traumatized, suffering PTSD, nightmares, and insomnia. Their vaginas are so mutilated that they are unable to bear children; many are tormented by leaks in the vaginal wall (called fistulas). Women pregnant from rape have had their babies cut from them or the baby dies inside of them due to trauma. 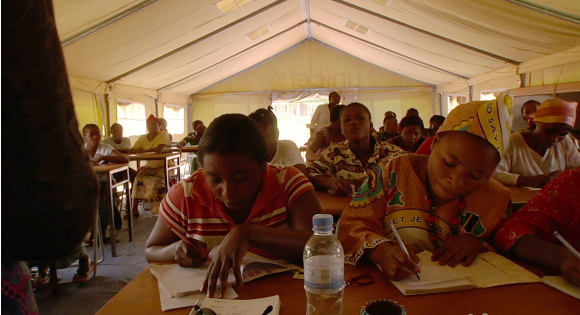 In the Eastern Democratic Republic of Congo, 50,000 people lived in Bukavu in the 1960s; now the city is clogged with at least a million displaced Congolese. It is here that Dr. Denis Mukwege created a special women's ward at the Panzi Hospital. Women who were victims of extreme sexual violence arrive every day. He is in charge of fistula surgery; 1,000 of these operations are performed there every year.

When the traumatized women were asked what they needed post-surgery, they asked for a safe place to recover. Mukwege and Christine Schuler Deschryver, a charismatic Congolese activist, responded by establishing the City of Joy, a home and school where the women learn self-defense and leadership skills. The women are encouraged to discover ways they can help others as their own self-esteem is bolstered by the healing and nurturing resources of this community of hope and renewal.

In this very moving documentary, first-time director Madeleine Gavin focuses our attention on these two brave heroes who give all they have in service of the women. They are assisted by Eve Ensler, the talented and dynamic author of The Vagina Monologues who not only raises money for the City of Joy but also travels to Africa to lead classes on body awareness, telling your story to help others, and self-defense. The film follows the first class of women going through the City of Joy program. Its success is very evident in the transformation of a severely injured young woman who comes into her own as a natural born leader in this rejuvenated community. 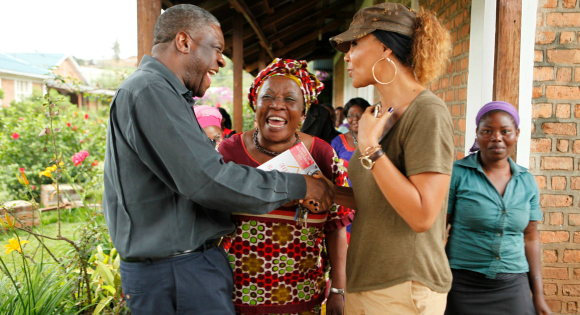 These leaders and the women who are training with them are great exemplars of these words from Rumi, the Sufi poet:

"Be a lamp, or a life boat or a ladder.
Help someone's soul to heal!"