Directed by Oliver Daly
Intriguing sci-fi thriller that explores what can happen when robots become smarter than humans.

The documentary Do You Trust This Computer? predicts that soon Artificial Intelligence (A.I.) will surpass human intelligence, i.e. robots will be smarter and more capable than people; they will even be able to think for themselves. A more ominous prediction notes how A.I. is being used extensively in weapons and before long, autonomous weapons could even wage unsupervised war. The latter possibility has long been a theme in sci-fi movies, and it is explored in the summer thriller A-X-L. 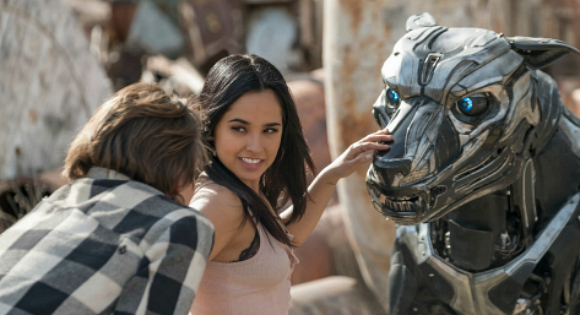 A.X.L. is a robotic dog that has been developed by the military. It can do facial recognition, is armed with weapons, and is capable of pairing with a human. When the prototype disappears from the laboratory, the developers are understandably upset. Their concern escalates to alarm when a badly damaged A.X.L. is discovered by a teenage motorcycle enthusiast who has been abandoned by a bunch of his bullying peers in the desert.

Intrigued by the strange heap of metal he discovers, Miles (Alex Neustaedter) manages to repair it. When he touches what looks like a remote control, the robot wakes up and bonds with him. Soon the two are playing chase across the dunes and generally having a good time. When Sara (Becky G) comes looking for Miles, she learns of his secret friend and agrees to help him. Both teens know that whoever made this complicated being will be looking for him. Given that the creators left him for dead, Miles does not believe they deserve him. 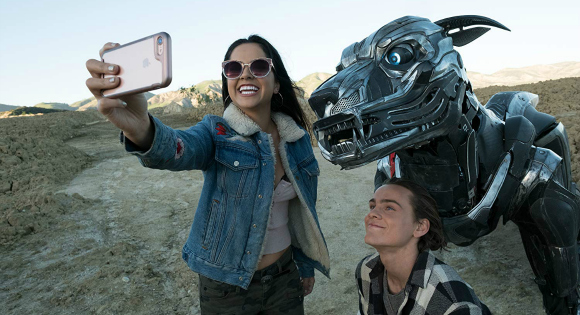 The story from this point is predictable: the military use all their resources to find A.X.L. and Miles and Sara prove equally resourceful in protecting him. This unusual take on the buddy film has enough excitement to sustain our interest and enough futurist suggestions to engage our curiosity and our concern.