Directed by Paul Weitz
An illustration of how music can help people reach across political and socioeconomic divides.

"The secret of the musical life is to be open to vibration at every level, to appreciate it wherever you find it. . . . Every sound is like the first Word, a creation story in itself. Sound is the audible form of vital energy that passes through your life."

These profound words on the mysteries of music are by W.A. Mathieu from his book The Musical Life: Reflections on What It Is and How to Live It.

If you answered "yes" to any of these questions, then you are ready to experience and savor Bel Canto, a thought-provoking drama directed by Paul Weitz from a novel by Ann Patchett. 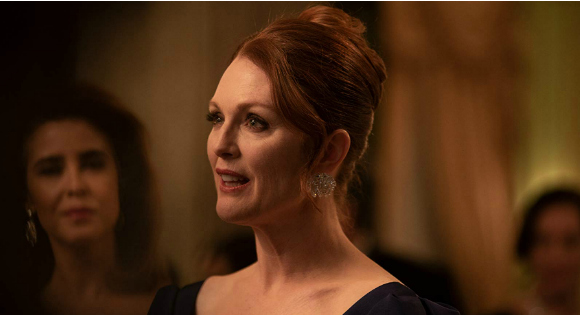 Roxanne Cross (Julianne Moore), a famous American opera star, has come to a Latin American country to perform for a private audience at the Vice President's home. The event has been set up to impress Katsumi Hosokawa (Ken Watanabe), a Japanese businessman who is considering building a factory in the country. He is a huge fan of the singer.

Everything is thrown into chaos, however, when a terrorist group breaks into the concert and takes all the politicians, business people, and others hostage. They demand that the government release all their comrades from prison. A Red Cross intermediary (Sebastian Koch) tries to negotiate a settlement between the authorities outside and the gunmen, but ideological and socioeconomic differences are too great. 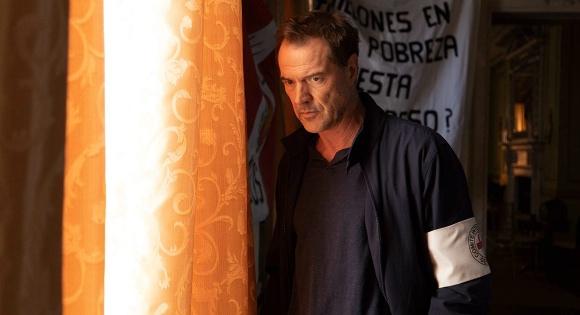 Inside the mansion, however, a détente arises from the universal language of music. After their water is cut off, Roxanne performs from the balcony to remind the government authorities of what is at stake. Later, after hearing one of the captors singing, she offers to give him lessons, pointing out how many great opera singers have come from Latin America. Romances are sparked, and the hostages and the terrorists even engage is a lively game of soccer. 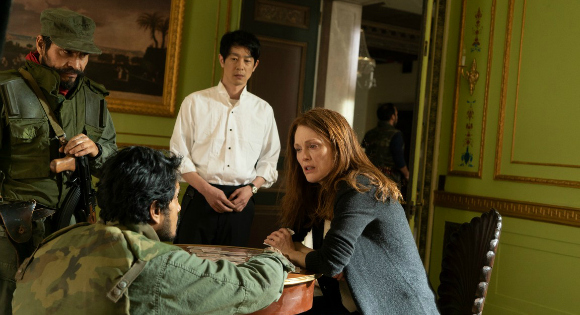 A major challenge of the spiritual life is to reach across divides. Sometimes words – even those of a skilled negotiator – are not enough. It takes something else to remind people of what they share in common: the exhilaration of a game, the attraction of an intimate relationship, or the beauty and soul-nourishing vibrations of music.

Other Films that Celebrate the Healing Power of Music