If Beale Street Could Talk

Directed by Barry Jenkins
A masterwork about resilient young love and the challenges faced by blacks in racist America.

"It is certain, in any case, that ignorance allied with power, is the most ferocious enemy justice can have."
— James Baldwin

Barry Jenkins awed us with Moonlight, a poignant and visually stunning drama which won three Academy Awards in 2017 including Best Picture. It covered 16 years in the life of a poor and vulnerable black man whose softening is revealed to be a healing experience. Now Jenkins has brought to the screen James Baldwin's acclaimed 1974 novel about growing up black in America. It is a tender, emotionally rich love story that touches the heart.

James Baldwin (1924-1987) was a prolific black novelist and essayist who prophetically spoke out against contemporary racism, police brutality against African-Americans, racial profiling, and the mass incarceration of black men due to a corrupt criminal justice system. He also conveyed the intense suffering of loved ones whose often innocent sons were given long sentences for minor crimes.

Now with If Beale Street Could Talk, Jenkins, who both directed and wrote the screenplay, turns Baldwin's themes into a film experience that speaks to our bodies, minds, and souls. It is a masterwork conveying the alternating currents of fear and anger, love and intimacy moving through the lives of one African-American family. In addition to drawing out astonishing performances from at least six members of the cast, Jenkins makes the most of the cinematography of James Laxton and the music of Nicholas Britell. 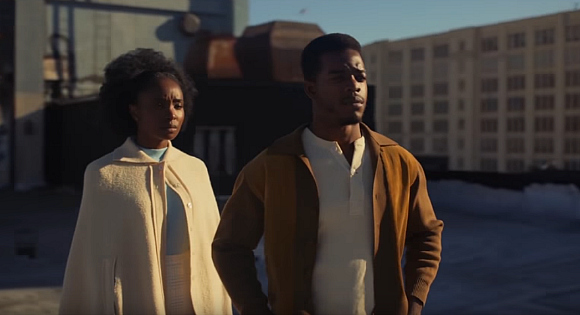 The story is set in the 1970s in Harlem where 19-year-old Tish (Kiki Layne) and 22-year-old Fonny (Stephan James) have been friends since childhood. Over the years, their relationship has deepened to the point that they are ready to get married. We see the beauty and the bounty of their love in a scene where they are separated from one another by a prison glass wall. He is incarcerated after being falsely charged with raping a Puerto Rican woman (Emily Rios); Tish is optimistic that she can get him released soon. Both of their hearts are warmed with Tish's momentous news that she is pregnant.

After seeing Fonny, Tish shares the news with her family — her mother Sharon (Regina King), her father Joseph (Colman Domingo), and her feisty sister Ernestine (Teyonah Parris). They react with joy and total support. But when they invite Fonny's family over to tell them, whereas his father is excited about becoming a granddad, his sisters are cool, and his mother, a "Holy Roller Christian," declares that Tish and Fonny have sinned and she goes so far as to curse the baby in Tish's womb. 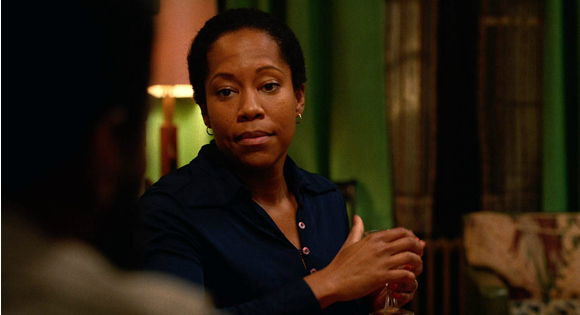 In one of the film's most moving scenes, Sharon proves to be a wise and sensitive mother as she affirms the value of love in the big scheme of things: "Remember love is what brought you here. And if you've trusted love to bring you this far, don't panic now. Trust it all the way."

This film is full of beautiful moments. The voice-over narration by Tish is especially effective. We hear and sense her deep love for Fonny, who gently ushers her through her first experience of sexual intercourse, explains the fulfillment he feels in creating sculptures, and invites her to share his excitement about living in a loft. The scene in which he acts out creating a kitchen in the raw space is charming.

Other moments are terrifying reminders of the reality of racism in America and its dire effects on African-American family life. After Tish is harassed in a store and Fonny comes to her defense, a racist cop (Ed Skrein) assumes it is all Fonny's fault, even when the shop owner corrects him. We realize that this officer and this encounter will come back to haunt Fonny. 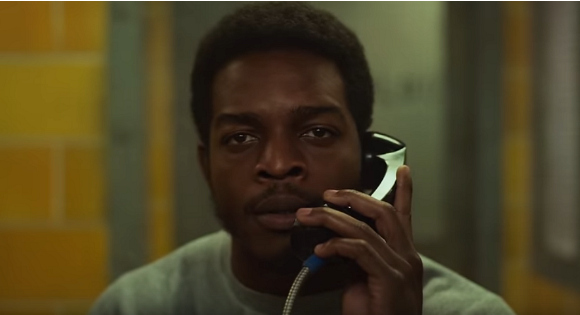 Over the years, many books and films have painted young black men as drug addicts, deadbeat fathers, lazy bums, or amoral thieves. African-American family life has been portrayed as fractured beyond repair as single moms struggle to raise abandoned children. Although it tells only one story, If Beale Street Could Talk goes a long way toward correcting these stereotypical images. Jenkins gives us a positive portrait of a young black man who comes across as a rounded human being who will make a wonderful husband and father. In another touching scene, we witness his gifts of friendship as he listens to Daniel (Brian Tyree Henry) share what it's like to have recently been released from prison. Fonny is an incarnation of compassion and caring in all his roles. 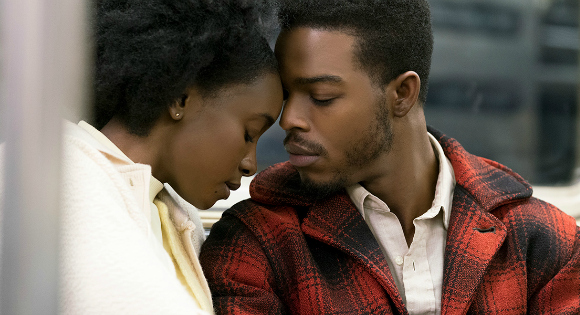 As Tish and her family try to get the evidence together to prove his innocence, we are inspired by their determination, their commitment, and their resilience. These are all spiritual qualities, made manifest in this loving family.

If Beale Street Could Talk is one of the Most Spiritually Literate Films of 2018. It does not shy away from the shadow side of American life; it needs to establish that injustice and racism are plagues upon this family and their hopes and dreams. But it doesn't stop there. This story of love between two young people supported by the love of their families proves that in togetherness, there is strength. And from love rises hope.