Directed by Paul Greengrass
A thought-provoking drama about the reactions to a lone terrorist who kills 77 people in Norway in 2011.

Terrorist attacks continue to proliferate in countries around the world. The victims include the young and the old. Whether or not they are responsible for a grievance, the killer regards them as an enemy who must be destroyed. This is what happens when dualism makes life a clash between good and evil, right and wrong, the insiders and the outsiders. Whether the shooter is spurred on by a band of other zealots or is working alone, he or she leaves behind a trail of pain and loss that is both steep and sobering.

22 July is based on the book One of Us by Asne Seierstad, an account of a 2011 terrorist attack in Sweden. It is directed by Paul Greengrass, who is known for his documentary-like explorations of violent attacks in Iraq, Ireland, Somalia, and the United States. The story focuses on both the motivations of the killer and the reactions of the survivors and the rest of the country. 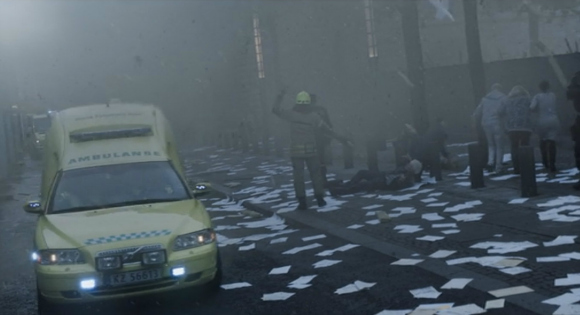 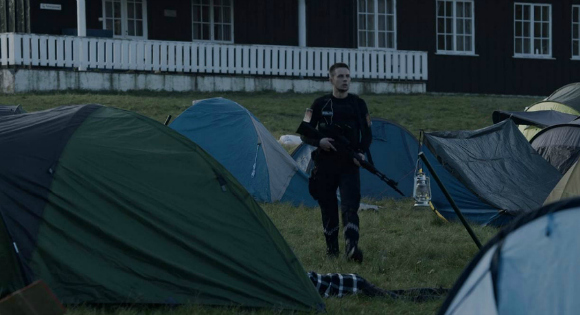 But this angry and determined young man wants to kill more. He dons a policeman's outfit and takes a boat to a youth camp in the wooded area on the island of Utoya. The teenagers there are children of the governing party and considered to be the saving remnant of Norway's future. Anders opens fire and then tracks the fleeing youth down, showing no mercy. He murders 69 people and injures 200 more before giving himself up to the security forces. He explains he wanted to hit the powers that be where it would hurt them most. His demands: that the government end immigration and enforced multiculturalism. He wants to go on trial to spread his far-right propaganda. 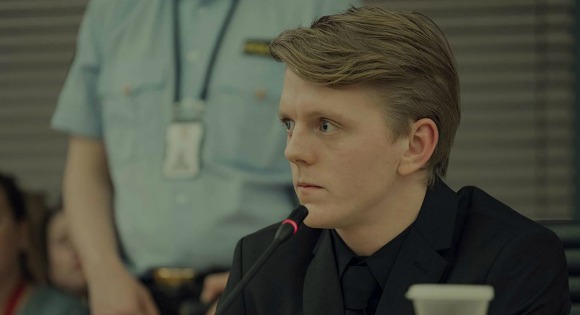 Greengrass' thought-provoking drama accentuates the grief and the anger of the parents, the other teens' struggles with survivor guilt, and the country's shock at the inadequacy of the emergency responders. Two characters help us understand the difficult choices in this kind of event. The ethical lawyer (Jon Øigarden) assigned to the case must provide adequate representation, even for a man whose actions and views he despises. ("Norway is not on trial," he tells his client, "You are.") And Viljar (Jonas Strand Gravli), who was badly injured in the attack, has to overcome his fear of facing Anders in court in order to prove that, despite all the killer's posturing and the national attention to his reasons for acting, violence has not won.