Directed by Xavier Giannoli
A touching drama about a teenage girl and the reporter investigating her claims to have seen the Virgin Mary.

"Mysteries are not to be solved.
The eye goes blind when it only wants to see why."
-- Rumi, Sufi seer and poet

Jacques Mayano (Vincent Lindon) is a well-known French war journalist whose life has been upended after the death of the photographer with whom he worked. An ear injury continues to bother and perplex him. His friends and wife worry that he is suffering from post-traumatic stress disorder. 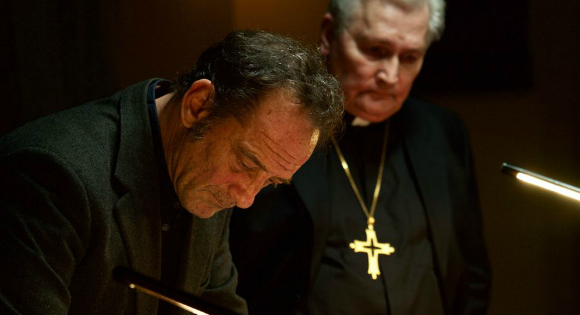 Then out of the blue he receives a call from a Vatican priest in Rome who wants him to join an official canonical investigation of Anna (Galatéa Bellugi) who claims to have seen an apparition of the Virgin Mary in the woods outside her small Italian village. In examining cases involving the supernatural, this committee is guided by standards set by the Vatican's Congregation for the Doctrine of Faith. Jacques learns that he is the only nonbeliever in God on the committee, which also includes a psychiatrist. Their job is to determine the authenticity of Anna's vision, which also involves assessing her holiness. Already the site of her vision has become a pilgrimage destination and crowds are flocking to the small town to get a glimpse of the young woman.

Father Borrodine (Patrick d'Assumcao), the local priest, takes it upon himself to defend Anna and support her during the interviews with the Vatican investigators. Also trying his best to make the most out of Anna's youth, beauty, and innocence is the entrepreneurial Anton Meyer (Anatole Taubman) from Philadelphia who has plans to transform her and the apparition into a phenomenal online sales success. Anna, meanwhile, seems uninterested in being a celebrity, though she does make herself available to the people. 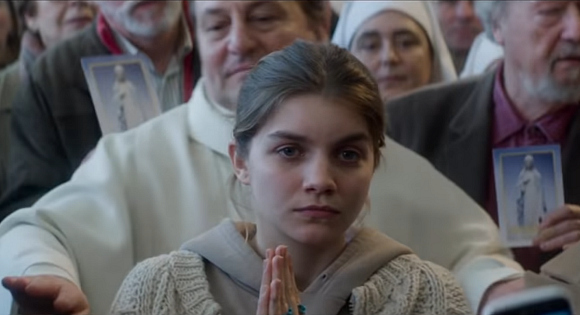 Writer and director Xavier Giannoli draws out two very intense and enthralling performances by Vincent Lindon and Galatea Bellugi. Jacques, always the truth-seeker, gets caught up in all the secrets and mysteries surrounding Anna's visions; to learn more he digs into her past in foster homes. Anna proves to be sensitive to his suffering and reaches out to him.

There are no heroes or villains in The Apparition, only tender, touching, and vulnerable human beings. Some are open to the spiritual velocities of faith or grace. Others are unwilling or unable to make the leap into the dark mysteries and to see what happens.