Fighting with My Family

Directed by Stephen Merchant
Intimate portrait of an English girl who dreams of entering the wild and wonderful world of pro wrestling.

Pro wrestling offers its fans a roller coaster of emotions. Their events are not technically sports competitions; they are designed as entertainments with larger-than-life participants with distinct personas and carefully choreographed dualistic dramas. Nonetheless, the fans love cheering on the stars, marveling at the wrestlers' risky moves, and being part of a loud and boisterous crowd. This odd and often addictive sport appeals to many when they are young, and the loyalty and awe they have for favorite wrestlers remains a lifetime.

Fighting with My Family is based on the true story of WWE (World Wrestling Entertainment) Divas Champion Saraya Bevis, ring name Paige (Florence Pugh in a superb performance). Her mother Julia (Lena Headey) and father Ricky (Nick Frost) live in Norwich, England, where they have their own gym and family run wrestling league. They all eat, sleep and dream this rowdy sport. 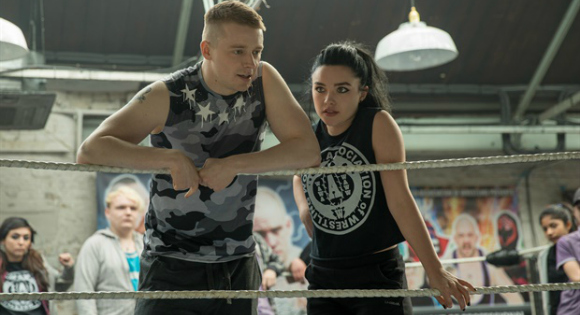 Saraya idolizes her brother Zak (Jack Lowden), and the two often put on shows in the ring together. They teach young wrestlers in the family gym, but both dream of joining the WWE and becoming superstars like Dwayne "The Rock" Johnson. They are thrilled when they are chosen for the highly competitive WWE tryouts in London. There the coach, Hutch (Vince Vaughn giving a marvelous performance) sees in Saraya the "spark" that sets her apart from other wrestlers. She's not so sure, especially when Zak is not chosen to train in the United States. She changes her name to Paige and heads off to America alone.

Writer-director Stephan Merchant has magically taken us on a rousing tour of the wild world of professional wrestling. He also vividly probes the dark themes of sacrifice in success and learning from unfairness.

One of our favorite songs about adolescent angst is "Down on Me" sung by Janis Joplin. The lyrics go:

"Down on me, down on me.
Looks like everyone in this whole round world
They're down on me. " 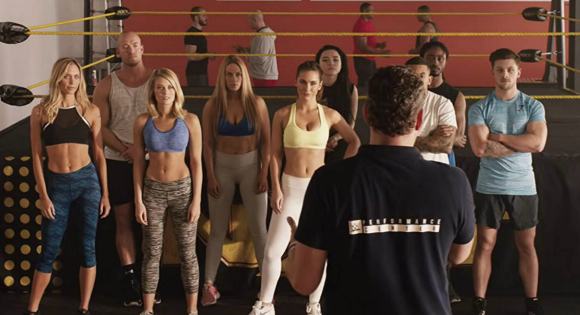 This could be Paige's theme song. At the Florida boot camp, Paige is unnerved by three beautiful women, former models and cheerleaders, who seem to have the edge on her though they have little wrestling training. At the coach's urging, she tries to project her true self, but it's hard when she is so different from the others.

She also succumbs to shame, assuming the blame for Zak's failures. Back in Norwich, he is struggling with what he considers to be the unfairness of the dashing of his dreams. He would be wise to heed the advice of novelist David Foster Wallace, "Try to let what is unfair teach you."

Watching this film about a bunch of "storytellers in spandex" as WWE wrestlers are described, we had some of the same feelings as during Support the Girls, a dramady about women working at a Hooters-like sports bar and grill who are repeatedly humiliated by the boss and loads of mean male customers. Before seeing these two surprising films, we would not have thought that we could be so shaken, stunned, and taken with heroines in hot pants or a Goth-dressing girl whose family is as quirky and eccentric as she is. 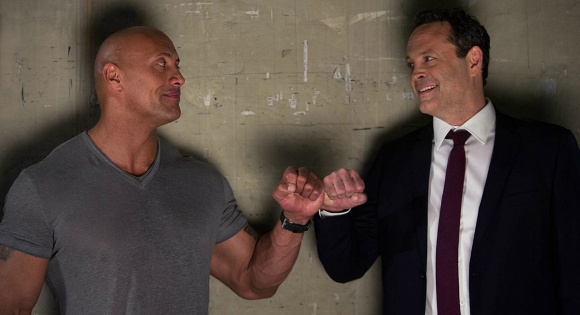 Staying with movies that introduce us to people in unfamiliar environments is good practice for those of us who need to tune up and reframe our ideas, attitudes, and prejudices about those who are different from us. Not being fans of WWE ourselves, we entered Fighting with My Family wondering what kind of people have this sport "in their blood" and what draws their fans to them. We predict you'll understand a little better after seeing this movie. Hats off to Merchant and company for providing us with a deep dive into such a surprising milieu.