Directed by Andrew Bujalski
A thematically rich dramady about three women who bond together in response to the humiliations at their workplace.

Andrew Bujalski made his special contributions to the "mumblecore" movement of the 2000s using his films with nonprofessional actors to explore the love and work dimensions of young adulthood. His last film Results revolved around the joys and complications in a relationship between two personal trainers. Support the Girls is the best film of his career, and we have already selected it as one of the Most Spiritually Literate Films of 2018.

The restaurant and service industry is often a breeding ground for bullying, sexism, and classism. The pay is poor, and workers are regularly humiliated and treated shamefully by their bosses. Dr. Seuss, the imitable wise man, once wrote: "Unless someone like you cares a whole awful lot, nothing is going to get better. It's not." 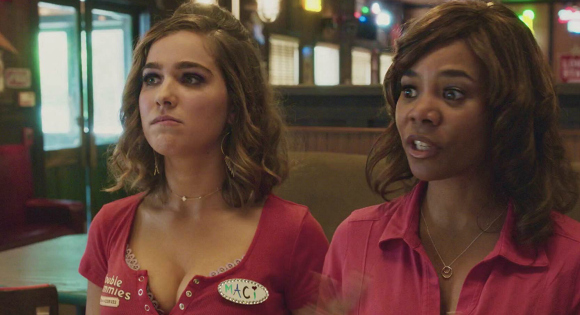 Lisa (Regina Hall) is the local manager at Double Whammies, a Hooters-like sports bar-and-grill just off a highway. Nearing complete burnout, she struggles to deal with the anger, racism, and sexism of her tyrannical boss Cubby (James Le Gros) while at the same time caring for her hot pants-clad employees. A day starts off with two draining incidents. She has to deal with a thief who has gotten stuck in the ventilation duct, and she has to ask a customer who has disrespected one of the waitresses to leave.

Bujalski, who both directed and wrote the screenplay, has created a thematically rich dramady with an admirable mix of laughs and emotionally rich scenes where Lisa and her two best co-workers support each other and the other girls. One sign of her compassion is her organizing a car wash in the morning to raise money for a recently fired employee. More than anything else, she wants the young women working there to think of themselves as a family. 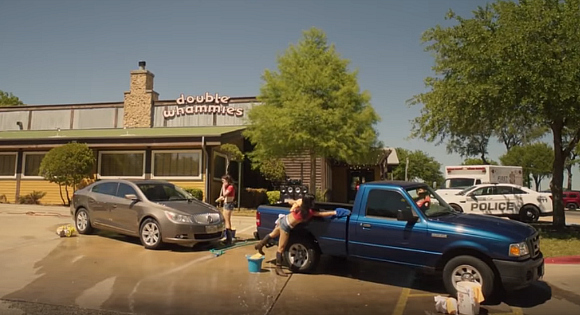 Lisa relies for feedback on her second-in-command, Danyelle (Shayna McHayle), who among other things is critical of the policy of only having one person of color per shift. Meanwhile, Maci (Haley Lu Richardson), the most optimistic and enthusiastic waitress, helps interview and train new employees. These three bond together as they are exposed to misogyny espoused by a recruiter from a rival company who claims their chain has created a culture of respect and as a sign of change "is moving away from boobs and into butts." 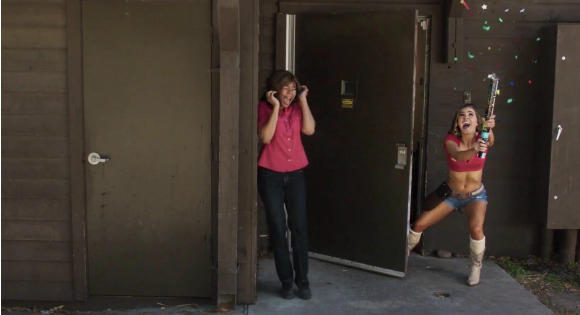 Support the Girls ends with a perfect scene — a ritual that helps rid Lisa, Danyelle, and Maci of the anger, fear, and frustration they have experienced together at Double Whammies. All three actresses — Regina Hall, Shayna McHayle, and Haley Lu Richardson — deliver stand-out performances in this quirky and enlightening film. You'll like them, and you'll root for them, and you'll celebrate with them.

Takeaway: "As long as you're breathing, it's never too late to do some good." - Maya Angelou