Directed by Steven Soderbergh
A probe of the toxins of pro basketball: racism, money greed, and power plays.

The prolific and immensely talented film director Steven Soderbergh (Traffic, sex, lies, and videotape) has teamed up with screenwriter Tarell Alvin McCraney (Moonlight) to create this imaginative and edifying sports drama. Although it is about basketball, there is almost no footage of the game. What we get instead is a nimble and spunky portrait of some of the people who are affected by a pro basketball lockout. The most recent NBA lockout was in 2011. 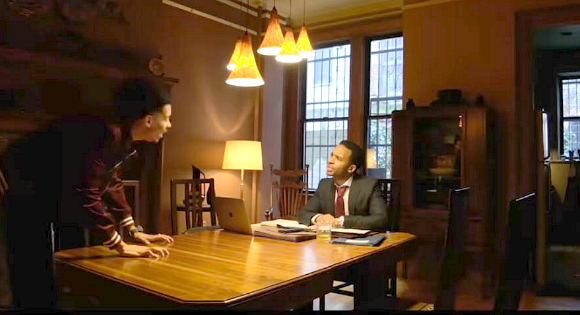 Ray (Andre Holland) is a sports agent who is representing Erick Scott (Melvin Gregg), the No. I draft pick who has yet to play because of a lockout. Ray's upset because the young man has taken out a high-interest loan instead of having confidence that an equitable solution to the player/owner conflict can be achieved. But although his goal is to get his clients the most money he can, his underlying purpose is bigger. He wants to "see a whole infrastructure that puts control back in the hands of those behind the ball." This requires challenging the racism of the white owners and their attempts to make the sport nothing but a business.

Others have similar hopes for real change but they operate from different perspectives. Ray's mentor Spence (Bill Duke) coaches kids and tries to do good by them by daily repeating his mantra: "I love the Lord and all his black people." Equally devotional is a savvy Christian mother (Jeryl Prescott) who handles her star basketball son's career. Other responses to the racism of the sport and its obsession with money are conveyed through the characters of Ray's former assistant Sam (Zazie Beetz), the player's feisty rep Myra (Sonja Sohn), and the owners' unofficial leader (Kyle MacLachlan). 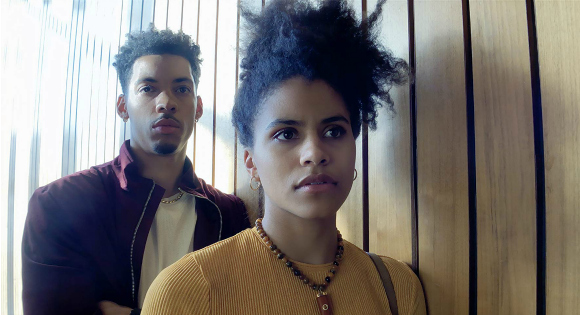 High Flying Bird is a thought-provoking probe on the toxins of pro basketball — racism, money greed, and power plays. Heady conversations in sterile office towers contrast with the yearnings of eager young players on a practice court. The latters' emotions seem to be echoed in the classic Richie Havens' songs that frame the film: "High Flying Bird" and "Handsome Johnny."