Directed by Jason Reitman
An account of Gary Hart's short Presidential campaign in the year that politics went tabloid.

For those too young to remember him, Gary Hart was a two-term senator from Colorado who after a strong run for the Democratic presidential nomination in 1984 decided to try again. In 1988, he was the front runner. In this recreation of that campaign, Hart (Hugh Jackman) wants to use his status to focus on the serious issues facing the nation. Handsome and charismatic, he attracts a lot of attention, and although he and his wife Lee (Vera Farmiga) have been separated, she agrees to play the supportive wife during the campaign. She and others are aware of his personal flaw of needing the attention and adoration of young women. 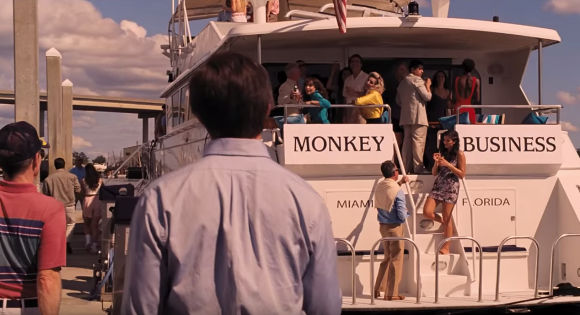 The Front Runner is directed by Jason Reitman (Juno, Up in the Air, Tully) from a screenplay he wrote with Jay Carson and Matt Bai based on Bai's book All The Truth Is Out. One point made in this slick morality play is that the press used to have a gentleman's agreement with politicians (Franklin Roosevelt, John Kennedy, Lyndon Johnson) that they would look the other way and not write stories about their personal lives and affairs. All that changed with Gary Hart. After the press got wind of his flirting with Donna Rice, a model, on a yacht named "Monkey Business," they began to ask questions. Hart dares them to follow him around and see how boring he is. But when two reporters stake out his Washington, D.C. townhouse, they see Donna going in one night.

Hart's loyal but frustrated campaign manager, Bill Dixon (J. K. Simmons), desperately tries to do damage control but is not helped at all by Hart who stubbornly refuses to do anything but defend his right to privacy. Meanwhile, the journalists covering the campaign — led by Tom Fiedler (Steve Zissis) — do all they can to amplify what they see as a sexual scandal. 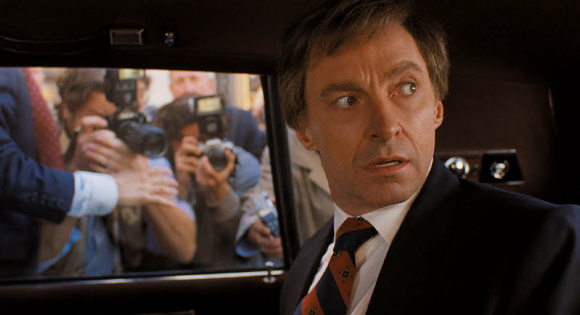 By revisiting Gary Hart's downfall, The Front Runner documents a historical moment — the point when anything-goes journalists joined political reporters on the campaign trail and "politics went tabloid." Since then, reporters and editors, even from the most respected outlets, are expected to cover all angles of their subjects, including the politician's private activities. This scandal-mongering is often mixed with large doses of cynicism and unbridled sarcasm, affecting not only how the public views particular politicians but the whole electoral process itself.

R - for language including some sexual references