Directed by Julia Reichert, Steven Bognar
Documentary about how culture clashes in factories highlight changes in the global economy.

In December 2008, GM closes its assembly plant in Moraine, Ohio; 2,400 union workers lose their jobs. But then hope appears on the horizon when Cao Dewing, a Chinese billionaire called "The Chairman," opens a branch of his global auto-glass manufacturing company in Moraine. Fuyao Glass America hires 1,000 Americans to work side-by-side with Chinese counterparts with experience at other Fuyao plants. 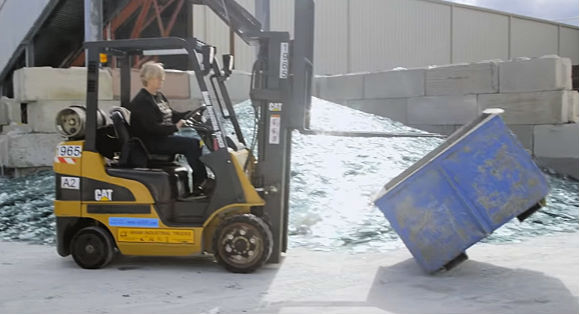 The Americans earn much less than they had at GM. One worker, Jill Lamantia, a forklift operator, had been living in her sister's basement. Although she is able to get a new apartment, she still feels that the workers need a union to negotiate for better salaries and benefits; others with different grievances agree. But the Chairman is vehemently against any unionization of the plant.

Steven Begnar and Julia Reichert serve as the co-directors of American Factory, and they are careful not to villainize either group caught up in this complicated working situation. The Chinese are used to putting in long hours, living in crowded apartments, and having only a few days a year off from work. Wong He, a furnace operator, talks about how much he loves his job, even though it means he only sees his wife and young sons twice a year in China. 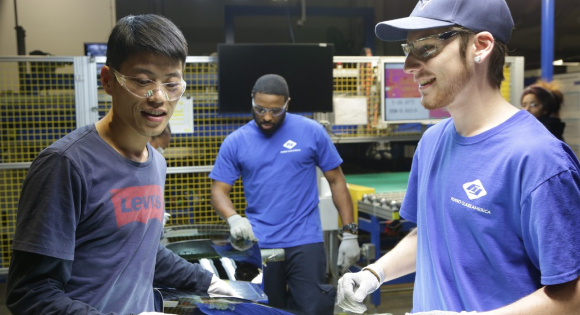 But he and the other Chinese can't get used to the expectations and working habits of the Americans. They think they are uncommitted, inefficient, and sloppy in their work. Tensions continue to build at the factory even after a group of Americans go to China to see how Fuyao operates there.

Begnar and Reichert cut to the heart of the contrast between American and Chinese attitudes toward work, management, company loyalty, and concern for the quality of life outside the factory. We were reminded of Ron Howard's 1986 feature film Gung Ho about the takeover of a shut-down water plant by a young Japanese executive and his management team. As in this documentary, the American workers are angry when they are ordered to increase their productivity. 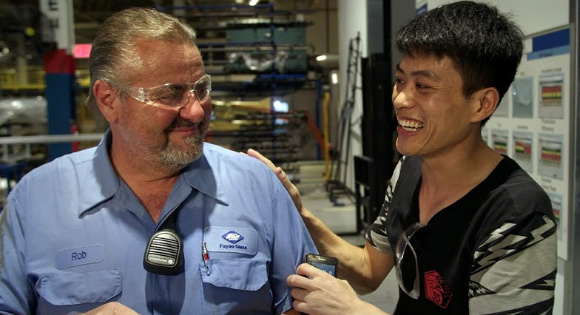 Culture clash is at the core of this documentary, which, we decided by the end, is too bad. The workers have more in common than not, and as we watched the Chairman tour the plant to see how new mechanical arms are replacing people on the floor, we realized the workers should be talking about the role computers and robots will play in all their futures.