Directed by Gavin Hood
A true story about conscience as a catalyst to change, a spur to morality, and a source of hope.

George Washington once advised the country: "Labor to keep alive in your breast that little spark of celestial fire called conscience." It's a catalyst to personal and societal change and a spur to morality.

We think of the central role of this little-discussed faculty in the moral achievements of Martin Luther King, Jr., Daniel Berrigan, Julia Butterfly Hill, Dorothy Day, Rosa Parks, and others. For all of these brave and bold individuals, conscience is the cradle of hope. 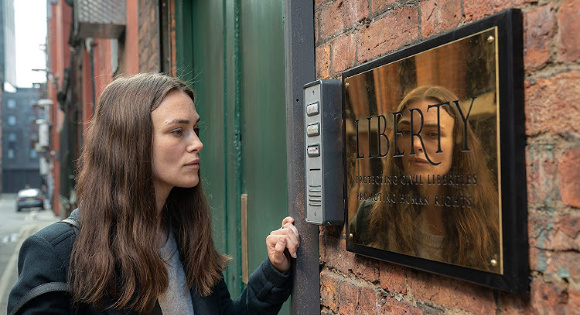 Official Secrets revolves around an act of conscience — the leaking of a sensitive document in 2003 by a translator at Britain’s Government Communications Headquarters (GCHQ). This whistleblower thriller is directed by Gavin Hood who also directed Eye in the Sky about the horrific dimensions of drone warfare. It is based on the book The Spy Who Tried to Stop a War: Katharine Gun and the Secret Plot to Sanction the Iraq Invasion by Marcia and Thomas Mitchell.

In the early scenes of Official Secrets we see Katharine Gun yelling back at the television as she watches British Prime Minister Tony Blair try to rev up the English public to support an invasion of Iraq to search for weapons of mass destruction and any connections to the terrorist group Al Qaeda. "Just because you're Prime Minister," she says, "it doesn't mean you get to make up your own facts." (Sound familiar?) Her husband Yasar (Adam Bakri), a Kurdish refugee from Turkey who came to England seeking asylum, thinks she is over-reacting. 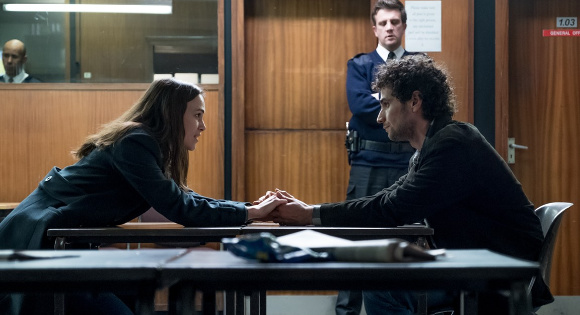 Then at work Gun receives a memo from the U.S. National Security Agency asking the GCHQ to help them get the approval of a United Nations resolution supporting war on Iraq. They want to pressure — even blackmail — the smaller nations on the Security Council to go along. Gun decides this is an illegal strategy to force an illegal war in which millions of people will suffer. So she decides to walk her antiwar talk. She arranges for the memo to get to the press. After vetting the memo as well as they can, The Observer paper leads with the story, "Revealed: US Dirty Tricks to Win Vote on Iraq War." 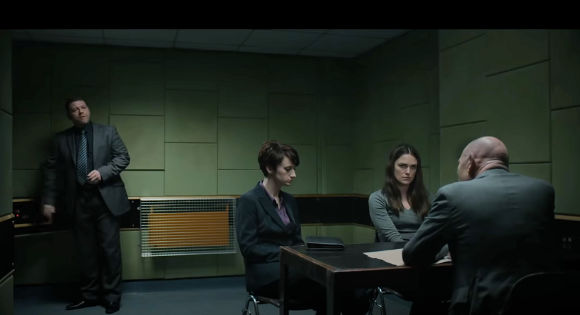 When Katharine admits to her superior at GCHQ that she leaked the memo, she is taken in for questioning. She explains that she was not trying to overthrow her country and that her loyalty was not to the government but to the English people. She is subsequently charged with treason under the Official Secrets Act. She faces the possibility of prison and must also cope with the government's dirty tricks against her Muslim husband.

This complicated thriller is skillfully guided by director Gavin Hood who reveals the role of The Observer newspaper journalists (Matt Smith and Rhys Ifans) and the brilliance and creativity of Gun's defense lawyer (Ralph Fiennes). Keira Knightly is very persuasive as Katharine Gun and manages to sustain the dramatic tension of the story right through to the courtroom finale.

Pentagon Papers leaker Daniel Ellsberg has said that Katharine Gun was responsible "for the most important and courageous leak I have ever seen. No one else — including myself — has ever done what Gun did: tell secret truths at personal risk; before an imminent war; in time, possibly to avert it." Even though the invasion of Iraq was not stopped, Gun's act of conscience raised the debate about its legality to a different level. We need more like her in today's world.