Directed by Jamie Catto
An interview with the renowned spiritual teacher on the really big questions of life.

In a long and enlightening life, Ram Dass has served as a spiritual scout for millions of people around the world. We've profiled him in our Living Spiritual Teachers Project with a bio, links to our reviews of his books, links to his websites, and other resources. 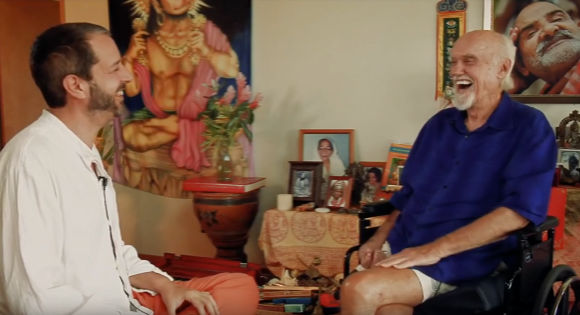 Ram Dass has stated, "Wisdom is one of the few things that does not diminish with age." That truth is evident in this film in which he is interviewed in his home in Hawaii by director Jamie Catto. Included are clips from his multidimensional life, including many scenes of his early teaching with groups. Catto, a long-time student, encourages Ram Dass to explain his understanding of the value of being a "zero." Mahatma Gandhi shed light on this Hindu spiritual practice which results in a radiance from putting others before oneself. 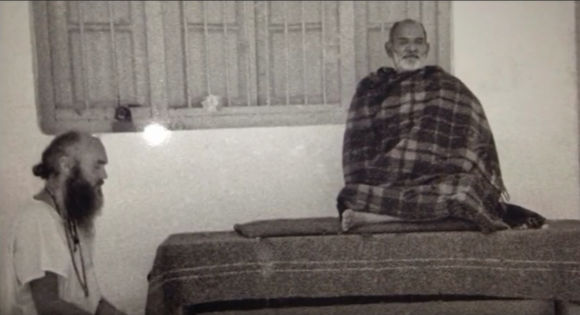 Telling stories from his own life, Ram Dass explains that most of us are born into "somebody training," but he found the suit didn't quite fit. He came home to himself when he went to India and met his guru, Neem Karali Baba. "A guru is your gateway to God, an entrance, and a pure mirror," he explains, "he isn't anybody at all." By becoming nobody, you are released from the demands of your ego; you don't get lost in the details and allow your awareness to go free.

As you would expect, Ram Dass the elder talks a lot about death. He sees it as "taking off a tight shoe that you have worn well." Everything is to be lived to the fullest — including the moment of our death.

Becoming Nobody showcases a master teacher at his best — full of enthusiasm, laughing at his own and others' humor, sharing his patented one-liners, and encouraging us all to embrace everything that happens to us as a something to work with and learn from.

Digital Rentals are available in select regions on Itunes, Vimeo, and Google Play. For more information, please see this page of theatrical releases.