Directed by Kasi Lemmons
A moving biopicture of Harriet Tubman as a courageous and charismatic freedom fighter.

Liberty is the one thing
you can’t have
unless you give it to others.
— William Allen White

Araminta Ross was born on a plantation in Maryland where she learned firsthand the evils and burdens of slavery. As a teenager, she sustained a head injury and throughout the rest of her life was subject to fainting spells in which she had visions; she considered these events communications from God. 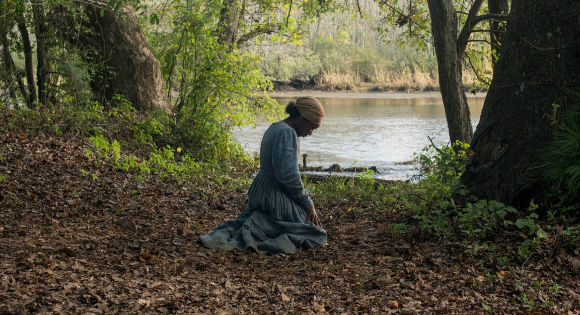 This moving biopicture begins in 1849 when Minty (Cynthia Erivo), as she is called as a slave, is 27 years old. Fearing that she would be sold and shipped south, she decides that she must heed the inner call of freedom, even though it means leaving behind her husband and family. She flees alone, running through fields and woods. At one point, when she is about to be captured by her slave owner (Joe Alwyn), she jumps into a raging river, declaring "I'm going to be free or die." She survives and reaches Philadelphia 100 miles away. There she is warmly received by William Still (Leslie Odom Jr.), an abolitionist leader, and Marie Buchanon (Janelle Monae), the owner of a boarding house, who give her a new community. Still invites her to choose her free name, and she decides upon Harriet Tubman. 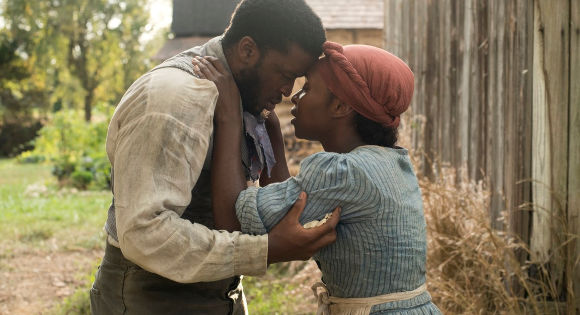 Although feeling safe for the first time in her life, Harriet decides to return to Maryland to rescue her family and others. She is shocked to learn that her husband (C. J. McBath) thought she was dead and has remarried. In addition her parents (Clarke Peters and Vanessa Bell Calloway) and younger sister (Deborah Ayorinde) choose not to join her on the trek back to Philadelphia. She still surprises the people in Philadelphia by successfully leading a group of family friends to the North. Soon Harriet is a legendary "conductor" on the Underground Railroad, successfully eluding the planters and slave catchers' attempts to capture her.

Director Kasi Lemmons (Eve's Bayou, Talk To Me) and co-writer Gregory Allen Howard capture the fire of freedom that burns in Harriet's belly as she grows in stature as a charismatic leader. Especially fine is the scene where she is inducted into the Abolitionist Society and convinces them to rescue slaves and take them 600 more miles to Canada following the passage of the Fugitive Slave Law (which required Northerners to return escaped slaves to their masters in the South). 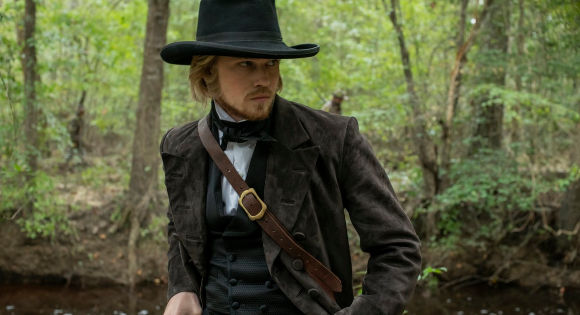 Harriett earned the name "Moses" as a tribute to her bravery, audacity, and will-power. During her many missions to rescue 70 slaves, she depended on God's support and guidance through her prayers and visions. As we watched the closing credits we thought of Harriet's speech and her final encounter with the plantation owner's (Joe Alwyn) who for years has been on a crusade to capture, torture, and kill her. These quotations spoke to us of the underlying theme of this film:

"Freedom is not something that anybody can be given; freedom is something people take and people are as free as they want to be."
— James Baldwin

"You can’t separate peace from freedom because no one can be at peace unless he has his freedom."
— Malcolm X