The Gift: The Journey of Johnny Cash

Directed by Thom Zimny
A glorious documentary about the musical ministry of the Man in Black.

"Johnny Cash had a message. And his message was the truth about being alive in the world."
— Emmylou Harris

Almost from his cradle and certainly to his grave, singer and songwriter Johnny Cash (1932 – 2003) explored the light and the darkness of the human experience. He did not shy away from difficulty. His son John Carter Cash has spoken of the theme of darkness in his music:

"I believe the thing about Dad that people find so easy to relate to is that he was willing to expose his most cumbersome burdens, his most consuming darknesses. He wasn't afraid to go through the fire and say: 'I fell down. I've made mistakes. I'm weak. I hurt.' But in doing so, he gained some sort of defining strength. Every moment of darkness enabled him to better see the light." 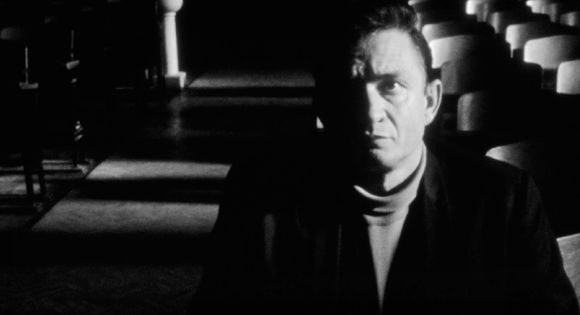 Rick Rubin, who produced some of Cash's most ambitious and unusual albums at the end of his life, noted that his songs captured this human side — the struggle and the pain and the grit: "When I asked artists what they admired about him, that's what they often mentioned — that vulnerable, hurt aspect, the man who wouldn't give up."

In this documentary, streaming for free as a YouTube Original, we hear more from his son John Carter Cash, his daughter Roseanne Cash, and in archival footage from his second wife June Carter Cash. Musicians including Jackson Browne, Loretta Lynn, Bruce Springsteen, Graham Nash, and Emmylou Harris also provide perspectives on the Man in Black (as he was often called). 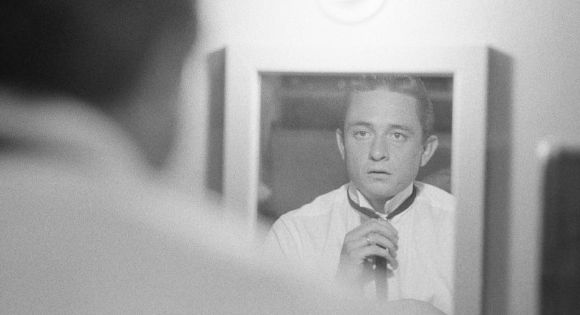 Audio excerpts from autobiography interviews done by Cash from 1995 – 1997 add even more color and depth to this portrait. In one story, he recalls how his mother first heard his bass voice after his voice changed as a teenager. She said, "God has his hand on you. Don't ever forget the gift" — that voice, that songwriting talent.

The great singer/songwriter Bob Dylan had immense respect for his friend's ability to capture and convey in his songs the landscape of America with its railroads, farms, factories, cities, prisons, and towns and schools: "He is what the land and the country are all about, the heart and soul of it personified and what it means to be mortal, we need look no further than the Man in Black." His concert in 1968 at Folsom Prison was not only a turning point in his career but also in America's view of prisons. 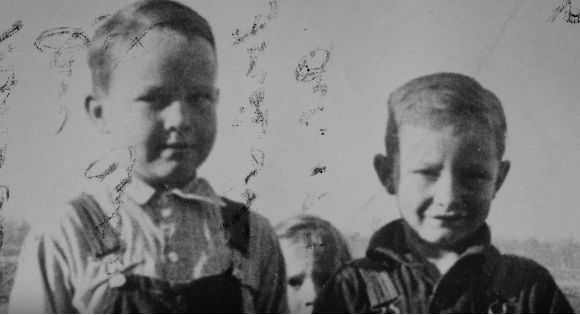 Cash's perspective, however, was hard-won. A tragedy in his childhood haunted him his whole life. His older brother Jack was killed in an accident on their Arkansas farm when he was only 14. Johnny never got over his father blaming him for not being there at the time. He found solace in the country music he heard on the radio. 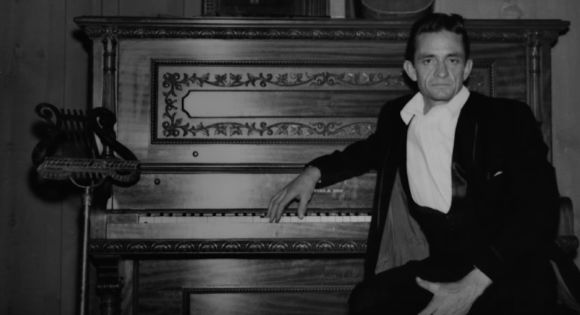 Cash joined the Air Force and served in Germany. Back in the States, he married soon had a family of four girls. But his heart was really devoted to his music. He sang country, rockabilly, folk, blues, and gospel. He was taken under the wings of Sam Phillips at Sun Records in Memphis in 1955. But his schedule on the road — including many all-night drives, led to an addiction to uppers and downers. Eventually his marriage ended in divorce. By then, though, he was singing with June Carter of the famous Carter Family, and they had fallen in love; they married in 1968. From 1969 – 1971, he hosted "The Johnny Cash Show" on TV where he introduced many singers, songwriters, and musicians to the public. Over the years he received 13 Grammy Awards, including a Lifetime Achievement Award in 1999, and 9 Country Music Association Awards.

Throughout his long career, Cash stayed loyal to his love of gospel music, spirituals, and religious songs, even though the record companies had very little interest in this material. It is this music that to us is the most moving in the film. We see the arc of his life — ambition, hard work, incredible success, followed by dips due to addiction and hardships, and then redemption. Savor the moments in the last minutes of the documentary when he testifies through song and that gifted voice to the promise of life and the assurance of redemption.