Directed by Todd Haynes
A chronicle of courageous and tenacious investigations by a lawyer into harm caused by unregulated DuPont chemicals.

For many years, DuPont reigned as the most successful chemical company in the United States. Its omnipresence was conveyed by its dramatic slogan "Better Living Through Chemistry"; to this day, the company claims to be "working to make the world a safer, healthier, and better place to live." The company's Teflon products — mostly cooking pans with an impenetrable "no-stick" coating — brought in profits of more than $1 billion a year.

But there is a dark side to the company's history and activities, which were brought to light due to the courageous and tenacious investigations of corporate lawyer Robert Bilott. This film chronicles his efforts over a 20-year period. Mark Ruffalo, who also served as one of the film's producers, stars as Bilott.

Robert Bilott (Mark Ruffalo) is celebrating his becoming a partner at the law firm of Taft Stellinius & Hollister in Cincinatti when Wilbur Tennant (Bill Camp) bursts into his office; this angry farmer is carrying videos and other evidence of harm done to him and his farm in Parkersburg, West Virginia. When he learns the farmer has been referred to him by his grandmother, Bilott decides to check out his grievances. 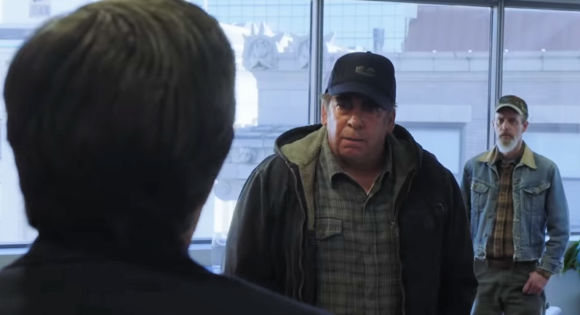 He learns that 190 of the farmer's cows have died horrible deaths after drinking toxic water in Dry Water Creek, near a landfill dump used by the local DuPont plant. He later discovers that residents in the area have blackened teeth and are getting sick with cancer; some babies have been born with deformities.

Bilott takes his findings to his firm with the unorthodox suggestion that they sue DuPont on behalf of Tennant; this firm usually defends chemical companies. His initially reluctant boss (Tim Robbins) agrees to a "surgical" effort (in and out quickly), never expecting that this lawsuit and a subsequent class action suit will consume Bilott's life for years. Bilott's wife (Anne Hathaway) is supportive but concerned about the effect of his total dedication to this cause on their family. 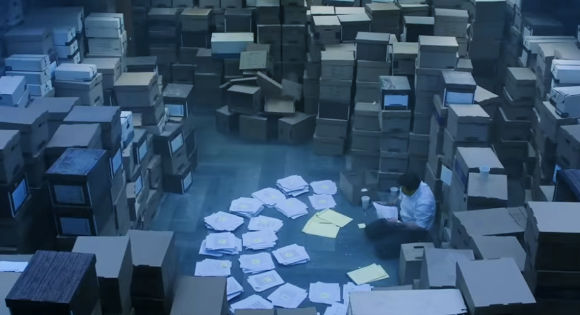 At a party, Bilott runs into Phil Donnelly (Victor Garber), the corporate attorney for DuPont. He agrees to provide some information. The case gets more complicated when Bilott realizes that the chemical causing the problem in the landfill is not regulated by the government. He now requests documents from the Parkersburg plant. After hundreds of boxes arrive in what appears to be an attempt to overwhelm his investigation, he begins the laborious process of looking for documents that prove that DuPont not only was using a dangerous chemical but they knew of its effects for years. The chief culprit, PFOA, also called C8, was the major component in Teflon. Sludge from the production of Teflon was what was dumped near Tennant's farm. 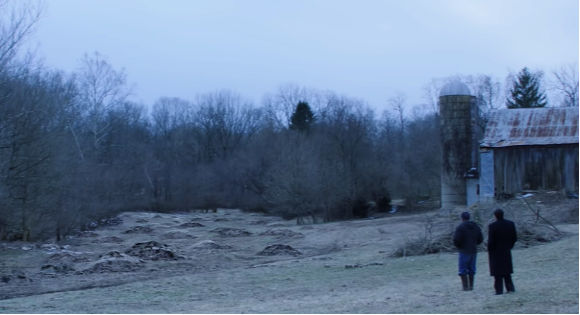 Dark Waters is directed by Todd Haynes from a substantive script by Mario Correa and Matthew Michael Carnahan based on a magazine article by Nathaniel Rich. The film takes us step-by-step through a very complicated case, not only helping us understand this particular environmental danger but how other similar problems get ignored and the companies responsible are let off the hook. Haynes covered another environmental subject in Safe, a 1995 drama about the havoc wrought on the immune system of a middle-age woman by daily exposure to chemical toxins.

Thanks to the totally engaging and rounded performance by Mark Ruffalo Dark Waters is one of the Most Spiritually Literate Films of the Year. Although Bilott is not technically a "whistleblower," we are including this film in our collection of Films about Whistleblowers. He certainly has the qualities of a whistleblower we describe in that feature. Bilott is a hero for exposing facts that DuPont wanted to keep hidden. Unfortunately, much damage has already been done. A post-script at the end of the film notes that "PFOA is still in the blood of 99% of life on earth, and thousands of chemicals are still unregulated."

Special DVD features:
- Uncovering Dark Waters
- The Cost of Being a Hero
- The Real People