Directed by Praveen Morchhale
An ethically charged and mesmerizing movie about the unusual and yet predictable challenges faced by a half-widow in Kashmir.

Widow of Silence is now playing in virtual theaters.

It is unfathomable how much suffering, pain, anxiety, loss, and loneliness war brings into the hearts, minds, bodies, and souls of men, women, and children. It diminishes their lives and leaves them yearning for an escape from the torments of their situation. Praveen Morchale has written and directed this sad and mesmerizing drama set in Kashmir, a small and vulnerable Himalayan region whose people have had more than their share of the madness and meaninglessness of war.

Aasia (Shilpi Marwaha) is an attractive nurse who looks after her teenage daughter (Noorjahan Mohmmad Younus) and her mother-in-law (Zaba Banoo). Since the old lady suffers from dementia and there is no one to look after her while Aasia is at work, she has to tie her with a rope to a chair. She then takes a taxi the long distance through the mountains to the clinic where she is training. Fortunately, she has the company of a sympathetic and very talkative driver (Bilal Ahmad). 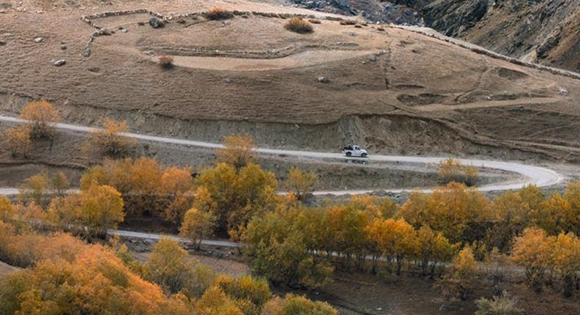 Aasia is a half-widow, one of many Kashmiri women whose husbands have disappeared during the 30 years of conflict in the country but have not been declared dead. Her husband has been gone seven years, but she clings to the hope that he might return. Her mother wants her to start a new life with a man in town. Her daughter wonders whether her father was a "bad man" and that is why he was taken away; she is being bullied at school.

This determined and hard-working woman's mettle is tested in several encounters with a wily, manipulative government official (Ajay Chourey) as she tries to obtain a death certificate for her missing husband so she can gain title to the family's land. When she rejects his outrageous suggestion of what she must do to get him to release the death certificate, Aasis demonstrates the courage necessary in all confrontations with those who trample on our souls.

In one of the ethically charged scenes in Widow of Silence, Aasia tells her daughter that she will encounter many enemies in Kashmir, some of them seen and others unseen. The challenge is to stand firm in what you believe and not to be swayed by others: "You should not care what others say. Only you know what is your truth." 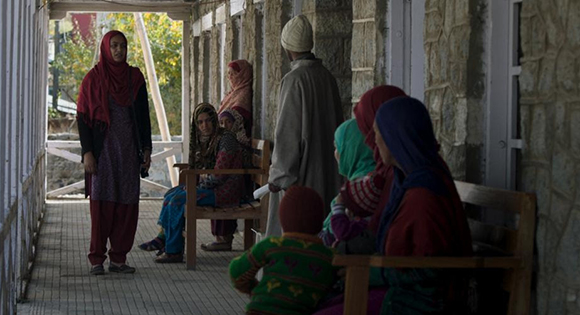 Director Praveen Morchhale based the screenplay on many true stories from Kashmir. For years women there and elsewhere around the world have suffered in silence. As a result many of them have been dehumanized. But now we are being introduced to heroic ordinary women like Aasis who are following in the spirit of writer Ursula LeGuin who once wrote, "We are volcanoes. . . . When we women offer our experience as our truth, as human truth, all the maps change. There are new mountains."