Directed by Jonas Trueba
A Rohmer-esque drama set in Madrid about a young woman's quest for a new way of living and meaningful relationships.

The August Virgin is showing at virtual theaters. Find your favorite to support by scrolling down this page.

The thirties are a time of transition for many people. There is an aching desire to do something new, to test ourselves against formidable odds. Eva (Itsaso Arana) is an attractive 32-year-old actress who has decided to shuck her acting career. Only trouble is, she doesn’t really know what to do next. One thing is very clear: she needs some fallow time where she can rest and rejuvenate herself.

In Spain, the blistering summer has emptied the city of Madrid and so Eva chooses her hometown for her quest. She borrows a friend's flat and sets out to try a new way of moving and living. With the time she never had before, Eva becomes a wide-eyed tourist visiting museums and art galleries. She notices how the mysteries of life and death permeate Madrid's Catholic festivals. 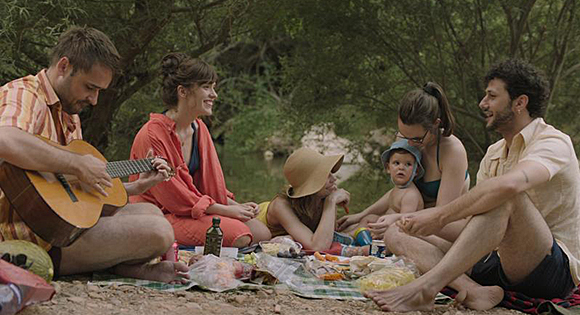 Eva is the kind of person who can shift easily from being an introvert or an extrovert. She bumps into another actor and old flame (Luis Alberto Heras) who has an eight-year old daughter he hasn't bonded well with. Needing a place to stay when she can't work the lock to her apartment one night, Eva calls Sofía (Mikele Urroz), an old friend, only to discover this woman resents that they have not kept in touch since she had a baby.

Eva encounters other restless souls wandering the streets looking for love or affirmation or a miracle that will transform them. They include a performance artist (Isabelle Stoffel), a Reiki practitioner (Maria Herrador), and two British tourists. When she notices a seemingly sad man (Vito Sanz) on an abandoned bridge, she expresses her concern for him, even though he doesn't seem to want to talk. Later, she sees him again working at a bar. Both of them are dissatisfied with the life they are living, and they connect in ways neither could have expected. This is the kind of magic that can happen when one has no plans or rigid ideas of what they want to do. 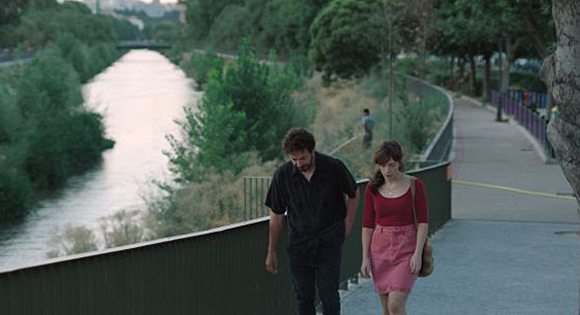 Although the characters give us a grand tour of Madrid as they enjoy the nightlife, a peaceful setting by a local river, and the busy street scenes, what you will notice the most is the level of their conversation. A note from the film's publicist called the film "Eric Rohmer-esque," which we were happy to discover is a very apt description.

The director Jonas Trueba and lead actress Itsaso Arana wrote the charming and emotionally touching screenplay which speaks volumes about love, loneliness, work, meaning, and surprises. They both are so enchanted with Madrid that it becomes another colorful character.