Oliver Sacks: His Own Life

Directed by Ric Burns
A fascinating overview of the life and work of a Renaissance Man.

Oliver Sacks: His Own Life is showing in virtual theaters. Click here to support a theater near you.

"Above all, I have been a sentient being, a thinking animal, on this beautiful planet, and that in itself has been an enormous privilege and adventure."
-- from the public farewell by Oliver Sacks in The New York Times

Oliver Sacks (1933-2015) was one of those rare Renaissance Men who was knowledgeable, educated, and proficient in a wide range of fields — as a neurologist, naturalist, historian of science, physician, professor, and prolific author.

Oliver Sacks: His Own Life is an astonishingly detailed and intellectually stimulating documentary directed by Ric Burns, who is known for his documentaries for PBS's American Experience series. Here is an intimate and revealing portrait of this legendary explorer of the workings of the brain whose findings were not taken seriously by the medical establishment until late in his career. 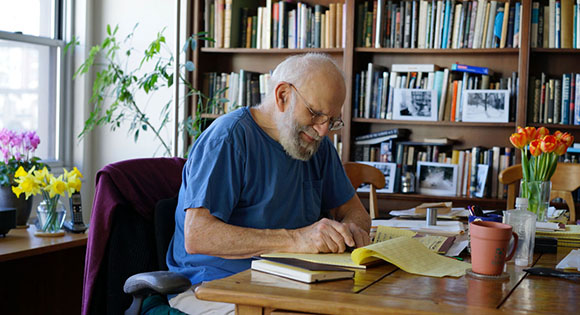 We also learn about Sack's pharmacological experimentation, his bodybuilding and swimming regimens, his shyness, his 35 years of celibacy, his love of motorcycles, his support of music therapy,
his long-term homosexual partnership, his blindness in his right eye, and his death by liver cancer at the age of 82. Best of all, we are given glimpses of his consistent respect for his patients and the subjects of his books, no matter how different they may act. They are not "others" to him, and he wants the rest of us to see them through the eyes of love. 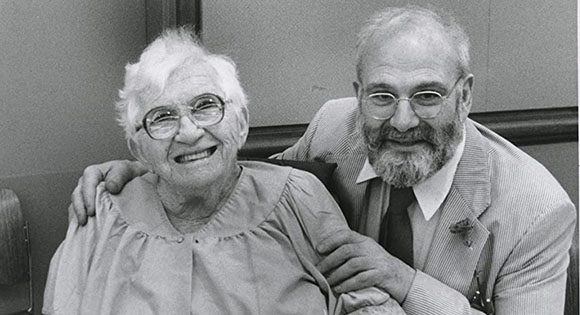 Over his long and varied career, Sacks was the author of many bestselling books; his most famous one was Awakenings which was adapted into an Academy Award-nominated film in 1990. For the breadth and depth of his books, articles and essays The New York Times called him a "poet laureate of contemporary medicine" and "one of the great clinical writers of the 20th century."