Prayers for the Stolen

Directed by Tatiana Huezo
Empathy building film about young girls in a Mexican village whose strong friendship helps them survive dangers from without.

"Hope means to keep living amid desperation, and to keep humming in the darkness."
-- Henri J.M. Nouwen in Hope Notes by R. Wayne A. Willis

In the opening scene of Mexico's entry into the International Feature Oscar race, nine-year-old Ana (Ana Cristina Ordonez Gonzalez) and her mother, Rita (Mayra Batalla) are digging a life-size hole in the ground in their yard. A while later in the local beauty shop, she and one of her friend Paula (Camila Gaal) have their long hair chopped of and shaped like a boy's. These are survival acts. The women in the town know that at any moment brutal men from the drug cartels could kidnap the girls.

Most of the men from this small mountainous Mexican town have gone to the United States to work. Some send money to their wives who go to a local hill where the cell reception is better to plead with them for more support. The woman and the boys in town try to stay in the cartels' favor by working in the poppy fields, collecting the opiate pulp.

Despite the omnipresent threat from outside, Ana, Paula, and their friend Maria (Blanca Itzel Perez) enjoy their times together, playing the words, swimming in a pond, dancing in the streets. As they age (Marya Membreno as Ana, Alejandra Camacho as Paula, Giselle Barrera Sanchez as Maria), Ana flirts with Maria's brother Margarito (Julian Guzman Giron). The three girls get crushes on their teacher and are devastated when he has to leave because the community cannot protect him from the cartel.

Survival is more than hiding and disguising. It's also about bonding with each other. The three girls play a universal game of guessing a number they are thinking. The healing ritual they use most often is humming as an antidote to fear. (Try a humming spiritual practice.) 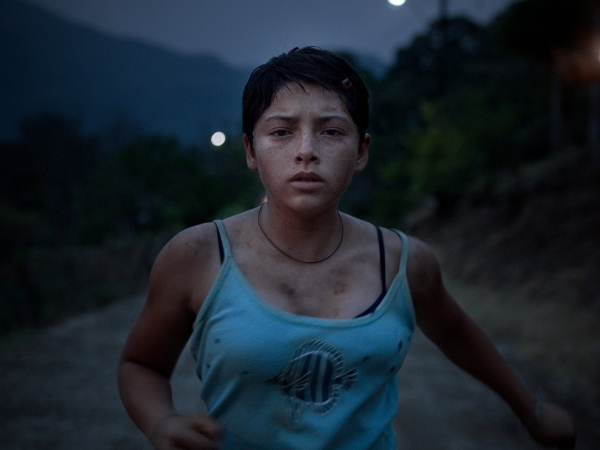 The Mexican-Salvadoran director Tatiana Huezo has done a wonderful job bringing to the screen Jennifer Clements 2014 novel. Haunting with its vivid depictions of what the girls are feeling, it succeeds in increasing our empathy for communities vulnerable to outside dangers. Best of all is its portrayal of the brightness of Ana's inner light which shines through just when it seems that she will lose touch with her hopes and dreams.

A Prayer to the God of Children by Marian Wright Edelman