JR is an acclaimed documentary filmmaker who was listed as one of Time magazine's 100 Most Influential People in 2018. He calls himself an artist who has been praised for his global participatory projects. Paper & Glue is an astonishing follow-up to Faces Places, an Oscar nominated documentary directed by JR and the late Agnes Varda.

The ambitious, insightful, creative, and monumental works of this legendary French artist center around social activism, equality, justice, and breaking down the walls that keep people apart. For almost two decades, he has used photographs to change our perspectives and to help us see human beings, buildings, and other structures with fresh eyes. JR uses a variety of places and settings as "unexpected canvases" to reverence ordinary people, the poor and the helpless, and all those who are invisible victims in a world of rampant change, heartless progress, and unending violence. 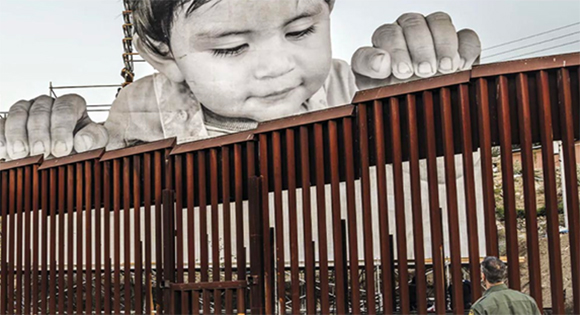 This documentary takes us behind the scenes to witness the thinking behind, creative origins, and final presentation of some of his biggest projects. These are collaborative projects between JR and the communities where he is working. Those pictured are given opportunities to tell their stories and the art's impact upon them. 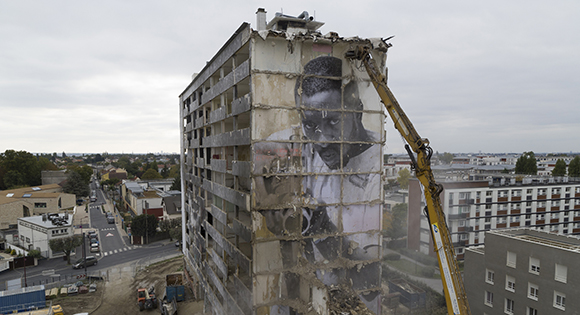 In a statement, JR explained his feelings about the film:

"Paper & Glue is a film that challenges viewers' perceptions by lifting the voices of people and places that are often overlooked. The film is the culmination of years of my work and includes an archive of photography and videos that span back to my adolescence. At the time of many of these recordings, I had no intention or awareness they could be used in this way. To have my work come full circle exemplifies the power of film, and the power of Paper & Glue. I hope this film further uplifts the essentiality of art and the potential it holds to reshape even our most ingrained beliefs. By challenging our expectations of people and places, I hope to change our greater perceptions of the world."