The Hand of God

Directed by Paolo Sorrentino
A coming-of-age story about all the people and circumstances contributing to that magical moment when a future path becomes clear.

There is always one moment in childhood when the door opens and lets in the future.
-- Graham Greene in The Power and the Glory

The Hand of God is the coming-of-age story of 17-year-old Fabietto Schisa (Filippo Scotti) who is trying to take in the mysteries and the madness of the world which adults have created. He lives in Naples and spends his leisure time watching what is going on around him.

Paolo Sorrentino, whose The Great Beauty won the Best Foreign Language Film Oscar in 2013, has written and directed this film, Italy's entry for the Best International Feature Film Oscar competition. Aided by the exquisite cinematography of Daria D'Antonio, he conveys the raucousness of Naples in the late 1980s. Fabietto's extended family are an eccentric mix of oddballs and narcissists. We meet them at huge family picnics, excursions to the sea, and intimate encounters. 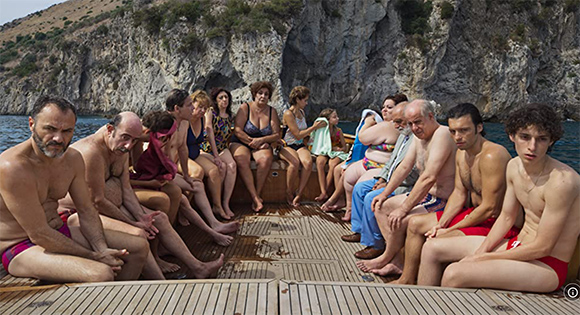 This curious youth is entranced by Patrizia (Luisa Ranieri), his voluptuous aunt who enjoys the attention she gets while sunbathing in the nude. Signora Gentile (Dora Romano) has worked hard to insure her reputation as "the nastiest person in all of Naples." At one point when she senses that Fabietto is staring at her, she responds, "Don't look at me. There's nothing to see." Another relative is hidden away under mounds of fat. Baronessa Focale (Betty Pedrazzi), a wise older woman decides to bequeath Fabietto with sex -- something he has been yearning for while gazing upon the flesh of all the women around him. 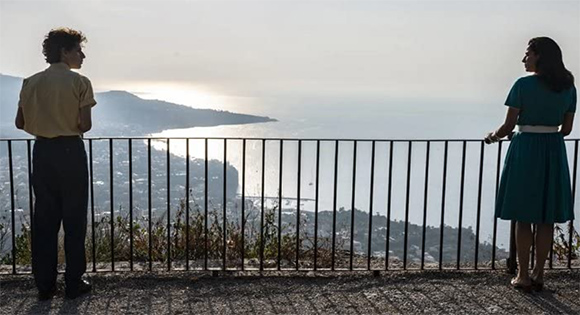 Tragically, Fabrietto's much loved parents, Saverio (Toni Servillo) and Maria (Teresa Saponangelo) die from carbon monoxide poisoning at their ski house. He escapes a similar fate because he has stayed home to watch his favorite soccer player, Diego Armando Maradona, who in that very game pulls off a play nicknamed the "hand of God." This confluence of grief and fate sets Fabrietto on a new path of liberation. With a little help from his brother, Marchino (Marlon Joubert) and a cantankerous director (Ciro Capano), the door to his future opens.

With its mix of eccentric characters and strange surprises, The Hand of God shows how one adolescent's coming-of-age experiences pave the way to career in cinema.