Directed by Amanda Lipitz
An emotion-laden documentary about three girls adopted from China who trace their roots and develop compassion for Chinese birth parents.

From 1979 to 2015, China had what came to be called the "one-child policy." Because baby boys were preferred by most families, many first-borns who were girls and second-borns were abandoned as babies. They were often left in boxes on busy streets so they would be seen by passersby and taken to an orphanage. Those who have studied this government policy note that more than 150,000 of these Chinese babies were then adopted by couples from overseas. Most of them were girls.

Writer and director Amanda Lipitz has created a rounded and heartfelt documentary about three teenage girls who were abandoned in China as babies and adopted into American families. Chloe is living in Jerusalem and is practicing Judaism. Sadie lives in Nashville, Tennessee. Lily is about to graduate from high school in Oklahoma City. When they discover from an online DNA test that they are biological cousins, they connect first via social media, email, and phone calls, and then in person. Together, they decide to initiate a search for their biological parents. 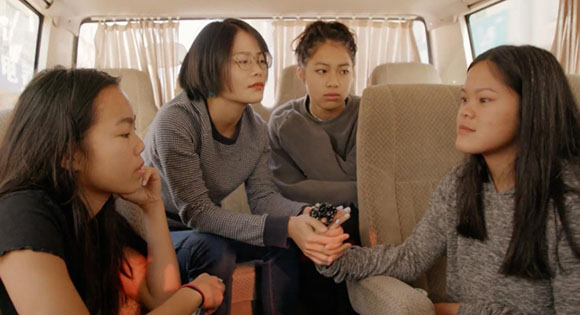 In China, Liu Hao, has been researching family connections for other adopted girls. Starting with the girls' shared home providence of Guangdong, she locates and interviews possible biological parents, administering DNA tests when she feels she might have a match. By now, Chloe, Sadie, and Lily have become close friends and plan to travel to China to trace their roots.

There are many moving scenes during this pilgrimage. The girls visit the places where they were found; they are surprised at how busy these streets are and wonder how they could have just been left there. They go to the orphanages and meet the nannies who loved and nurtured them; they are happy to discover that the nannies remember them and can tell them some things about their personalities as toddlers. 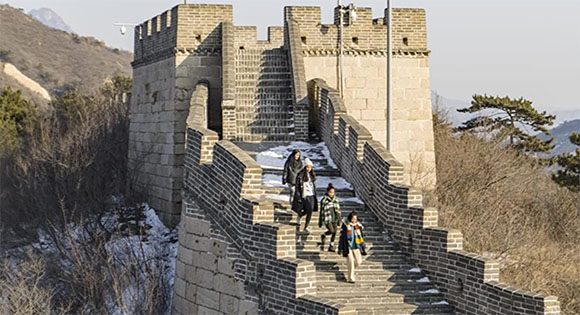 But perhaps the most poignant moments are when they meet couples who might be their birth parents and then witness these people's disappointment when the DNA tests show they are not. The three girls begin to see what happened from another point of view and demonstrate real empathy for those who had to give up children and do not know what ever became of them.

This is a side of the Chinese one-child policy that we haven't seen before, and it's a significant part of the picture. The film can be described as three girls searching for their true identities, dealing with their fears and doubts, and coming to terms with the choices others made in their childhoods. But the remarkable contribution of this journey -- both to the girls and to viewers -- is the compassion it evokes for Chinese parents whose lives were indelibly changed by a brutal government policy.