Directed by Antoneta Alamat Kusijanovic
An intense and well-acted psychodrama about misogyny.

At first sight, 17-year-old Julija (Gracija Filipovic) is a fortunate teenager who lives with her parents on a stunningly beautiful island off the coast of Croatia. When she goes hunting underwater for moray eels with her father Ante (Leon Lucev), the two divers seem to blend gracefully together. However, this unity is not present when they are out of the water. Ante is a nasty and domineering misogynist who takes pleasure in controlling both Julija and her attractive mother Nela (Danica Curcic). 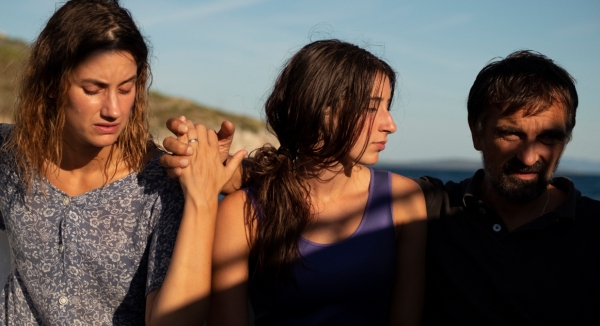 This tense family’s unhappiness explodes when Javier (Cliff Curtis), a very rich entrepreneur arrives for a visit. Although Ante thinks that his old friend has come to consider purchasing some property, he soon realizes that the visitor is much more interested in flirting with Julija and Nela – and they with him in turn. This surprising development draws out Ante’s jealousy and anger. Both are expressed in a scene when he picks up his increasingly defiant daughter and tosses her off their boat. 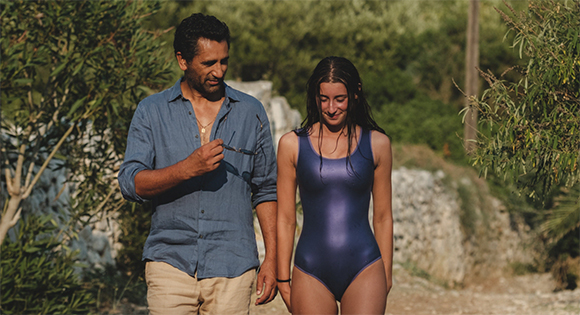 Antonetta Alamat Kusijanovic’s Murina had its world premiere at the 2021 Cannes Film Festival and won the Camera d‘Or for the Best First Feature Film. The director has said of the film: “Misogyny and disrespect of women is the same everywhere. It just has different names in different countries.”

After screening Murina, Martin Scorsese decided to executive produce the film. Here is a note he wrote to Kusijanovic about it:

“I’m so impressed by Murina: by the raw immediacy of the conflict between father and daughter, which feels like it could only happen in such an elemental setting; by the psychosexual tensions between all the characters, so beautifully acted; and by the sheer physical force of the picture. I’m excited for audiences to see Murina for themselves and to witness the emergence of an extremely talented young filmmaker.”