Directed by Jamie Roberts
A hard-hitting documentary of the U.S. withdrawal from Afghanistan and the evacuation of tens of thousands of Afghan citizens.

For 18 days in August 2021, Afghanistan was a chaotic nightmare of fear, death, and destruction. The United States had announced that they would be withdrawing all their troops from the country on August 30 after more than 20 years of fighting the Taliban. Then on August 15, the Taliban entered Kabul, completing a rapid takeover of the country. Afghans who had worked with the U.S. or feared for the loss of their freedoms under Taliban rule, began to take desperate measures to get out of the country. Tens of thousands of civilians converged upon the airport.

Jamie Roberts directs this riveting documentary using archival footage and interviews to shed light on what happened at the airport over the next days. The U.S. had sent a contingent of Marines to supervise the smooth evacuation of American troops, personnel, and high-ranking Afghans. We listen as Col. Christopher R. Ricardella recounts how impossible this task soon became. 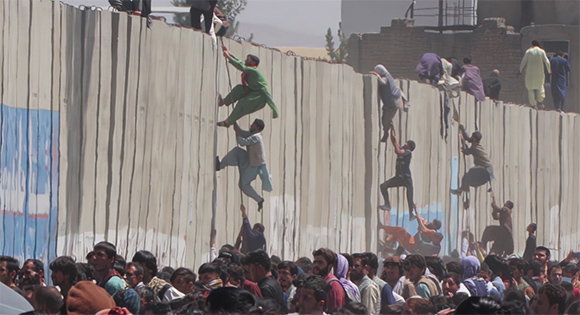 Although we remember seeing in the news some images of the Kabul airport, including scenes of people climbing on and falling off airplanes, this documentary paints a far more tragic picture. When a huge plane lands, the crowds swarm over the runway, so that the plane has to take off empty. The Marines decide that keeping the runway clear is their mission.

People waiting to be cleared through gates stand in a river of sewage. Crammed together some are trampled and others are forced to leave behind children who have died. At one point, Taliban suicide bombers surrounded the airport. A vehicle bomb from ISIS kills Afghans and Marines. 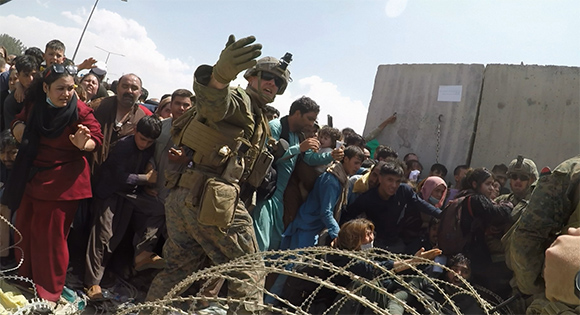 Escape From Kabul also contains insightful interviews from Afghan evacuees and from women who paint a scary picture of how the Taliban are already at work restricting their movements. Other interviews with Taliban leaders have them celebrating their victory.

This hard-hitting documentary disagrees with the Biden administration’s view of the Afghanistan evacuation as “an extraordinary success.”