Directed by Mye Hoang
Portraits of the mutually rewarding relationships between nine men and their cats, showing us what we can all learn from human-animal connections.

We’ve never understood why love of cats is so often associated with women, a.k.a. “crazy cat ladies.” Maybe it’s because women used to be the ones staying at home all the time with the cats. But in our house, the cats relate to both of us, and we are equally crazy about them. If you have any doubt that men can be cat lovers, this debut documentary by Mye Hoang will give you plenty of evidence to prove they are.

Filmed during the early months of the pandemic, when pets provided desperately needed companionship, Cat Daddies focuses on nine men and their cats. Some of them are familiar for being cat celebrities with social media followers: 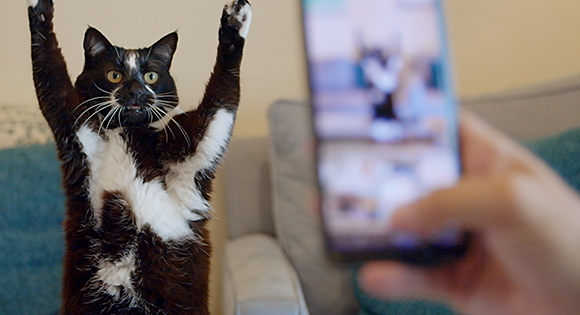 Several of the men make a point of saying that their cats are so important that those they are in relationship with need to love cats too.

Communities benefit from these cat daddies too. 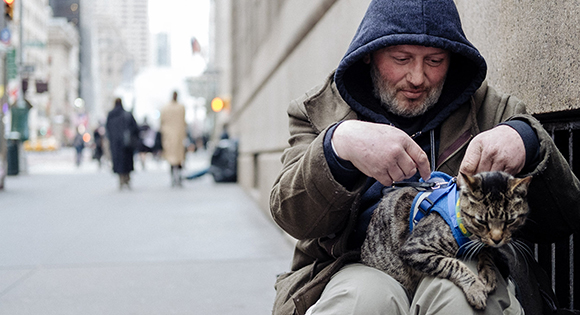 The most touching story in this documentary shows how caring for a cat and receiving the cat’s love in return can change a person’s life.

Everyone who has a pet will have stories about what they mean to them. The stories from these cat daddies will remind you of many qualities that cats exhibit: presence, curiosity, compassion (see how Lucky comforts David), playfulness, and attention. We can all learn from these wonderful human-animal partnerships.