John Cage was one of America's most influential composers. His merging of Western and Eastern traditions made him a pioneer of avant-garde music. He was very interested in chance, constructing his scores by using coin tosses and other indeterminate techniques. In other words, Cage was a master of hospitality — constantly opening his compositions and performances to what is, without trying to control them. For an example of this, check out his 1952 piece titled 4' 33" which has no sound other than that of the environment in which it is performed. Music is going on all around us, but we won't notice it until we become more hospitable. 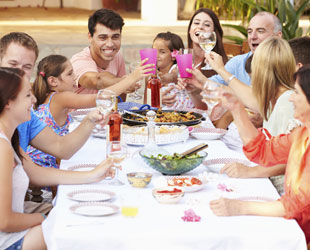