Some of the best-loved children's literature is about questing — Lewis Carroll's Alice's Adventures in Wonderland, C. S. Lewis's seven-volume The Chronicles of Narnia, and J. R. R. Tolkien's The Hobbit and The Lord of the Ringstrilogy. A recent addition to this genre is Crow and Weasel by Barry Lopez. Two adventurers travel far from their village, encountering places and people they never previously imagined, including Eskimos in the far north. They gain important knowledge from animal allies — Mouse, Badger, and Grizzly Bear. On the journey, they learn about friendship, respect for others, and the sacredness of relationships. They also realize one of the most important aspects of questing — the need to share the story of their experience with the larger community. 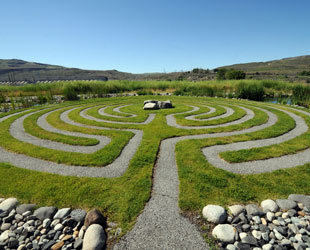