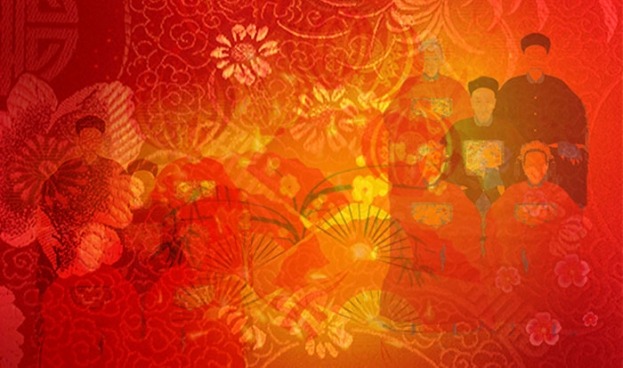 Blood Is Thicker Than Water

I still remember walking down a dusty country road in the Chinese city of Chongqing early last summer with my dad, my little brother, and my grandmother. We were walking toward a cemetery lined with graves of the forgotten.

A car rushed past, and the sun sent waves of heat down upon us. Far ahead was a shop. We walked closer and closer until we were right next to it. My grandmother spoke in the Sichuan dialect and said, “We’ll take five incense sticks and two of each paper money.”

After we bought the goods, we trudged up flight after flight of steps, lined with graves on both sides, until we stopped at one grave. 张永禄 (Zhang Yonglu),1933-2007. My grandfather.

We prepared our money and incense sticks, carefully laying them around the tomb. My grandmother then began to lecture my little brother and me.

“Today is a special day. It is when we honor the deceased and make sure they live well in the afterlife,” she said, as my dad lit the incense. “The incense will please the dead, and burning money will ensure that they are not poor in the afterlife.”

We all took turns praying to my grandfather, wishing him well in the otherworld, and asking him to protect us from harm and make sure all of our family members stay healthy in this world. We burned the money near the tomb and watched in a daze as the paper turned from a light yellow to a dark brown, curling up as the fire consumed it, releasing trails of smoke and our best wishes into the sky.

Honor your dead as you honor the living. That is what filial piety — or respect and caring for one’s parents, brothers, and ancestors — means in Chinese culture. It is one of the core concepts of Confucianism, and teaches children to be good to their parents: respect them, care for them, provide them with comfort, and of course, never harm them. We carry on this duty even after our beloved ancestors die. Experiences such as the tomb sweeping helped me discover more of my culture and heritage. It shows me how people are bound together by heritage and how this dedication carries on no matter what conditions we find ourselves in — war or peace, hard times or happy times.

Zeng Zi, one of Confucius’s disciples, once said, “Filial Piety is the principle of Heaven, the righteousness of Earth, and the (proper) conduct of the people.”
This quote sums up the importance of showing unwavering respect and dedication to your parents, grandparents, and ancestors. It teaches me to respect not just my parents but also all parents in the community, to regard everyone as a family member, to consider everybody’s opinion, to be patient and calm, and to respect my community as an extended family.

Family values, such as respect and caring, are what brings our society together, what makes us survive during tough situations, what makes us feel empathy when another has suffered a loss, and what makes us relate with one another since we have the same dreams, the same goals, and, most importantly, the same values.

Filial piety is not only special to me, but to everyone in China. The first chapter of the Chinese book 弟子规 (Standards for Being a Good Student and Child) is called “On Being Filial At Home.” This commitment and dedication to parents and siblings is exemplified during the Chinese New Year, when people take leave from their jobs to visit with their parents, brothers, and sisters back home.

Last Chinese New Year, I saw on television that about 300 million migrant workers work somewhere outside their hometowns or home provinces. During the days leading up to the New Year, there is a massive exodus of workers, as factories close for two to four weeks and workers rush home to see their families. Many workers go home by train, but those who cannot afford to take the train, use other methods to get home. Some ride motorcycles for two to three days straight; others take cross-country buses, which can be a grueling ride of four or five days. Those worst off hitchhike across China for six to seven days and may face unpredictable weather, such as blizzards or hail, as the New Year falls in the winter months. Some who spend days getting home may only spend one or two days with their families before having to make the journey back to where they work. All of them, however, having grown up with the values of caring and respect, think it is worth the time and hardship to visit their parents and other family members.

I had my own experience similar to this. Two years ago, my mom, dad, little brother, and I were stranded in the Houston airport. We were going back to China to visit my grandparents for the New Year. However, we were caught in the middle of a huge snowstorm and our flight was canceled. After three days of rescheduling, we finally made it to China, just in time to see our grandparents for the Lunar New Year, when we gather as a family to celebrate an auspicious new beginning.

Because community is our extended family, filial piety also teaches people morals that go beyond the family, such as compassion, caring, respect, dedication, perseverance, and respect. Other values are present, too; for instance, treating everyone equally, offering constructive criticism, dealing with the fact that not everything is going to turn out the way you planned, and allowing room for compromise.

Filial piety hasn’t affected me in a dramatic or drastic way, but has managed to change my life for the better in small ways — I view my teacher as my parent, thanking him or her after class, and never having unnecessary outbursts of rage; I try to communicate with my friends and deal with things that would normally be frustrating.

On the first day of the Chinese New Year, my brother and I kowtow — kneel down and bow — in front of my parents, grandparents, and other elders. We do so to show our respect and dedication to them, and in return they give us small red pouches filled with money. This money will allow us to have a happy year and, it is believed, will protect us from malicious spirits in the New Year. Just as our deceased grandfather in Chongqing protects us in the other world from the evils in this one.

When he wrote this piece, Nathan Zhang was 12 years old and in seventh grade at the International School of Beijing. He had lived in China for about three years. His hobbies include reading, writing, gaming, Chinese martial arts, and enjoying all kinds of food.


Next Post: A Personal Exploration of Diversity and Heritage