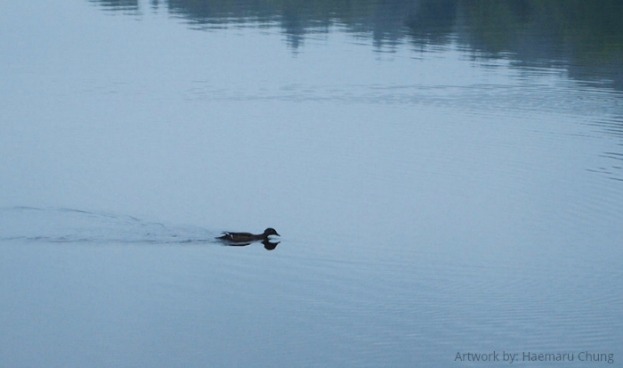 Gloves, Trucks, and Camouflage: How Has Technology Altered the Way We View Ourselves?

Posted by KidSpirit Online on December 26, 2018

By Olivia Bailey, for KidSpirit's The Speed of Now Issue

Media: today’s version of a synthetic reality that people are readily willing to accept as truth.

Face-to-face conversations are few and far between, and people’s chosen forms of communication often allow for them to pick out any mistakes — letting them hide their flaws before anyone has a chance to see inside. There’s only one problem with this. We’re engulfing ourselves in these fake feelings, almost to the point that we forget we belong to a real, tangible world. We turn into our labels and give in to made-up happinesses — to the point where we can look in a mirror and not recognize ourselves as proper human beings. Technology, this wonderful tool we’ve invented to better our day-to-day lives, has managed to replace reality. And most of us don’t even realize it.

The first time I truly realized how much technology twists our self-image was during a trip to Texas I took last year. There was something about the cool, clean December air and the excessive amounts of camouflage that brought a kind of revelation upon me. There, with the screen of technology no longer distorting my vision, I was able to retreat into myself and let go of the things that made up my technological self — my labels, my ideas of self worth — and I was able to discover a few simple truths about being human, as well as how unseemingly simple it is to find happiness.

I shot my first deer the first day we were there. I dressed it that evening. It was somewhere in between the fluorescent lights and the latex gloves that I recognized how imperfect the human body is — and how perfect the media shows it as being. Dressing a deer involves cutting through the skin and stomach muscles to remove the organs so the meat doesn’t become contaminated and inedible. Somewhere in the process, after I cut through the stomach skin, the organs spilled out of the deer, and though they hadn’t changed in size at all, they made the animal look so much bigger than it had in life. Just being able to see what actually went on underneath the skin of this creature was enough to open my eyes to how perfectly normal and fantastically scientific the human body is.

But I had never thought about it like that before, because I’m surrounded by pictures of people who are airbrushed and covered in makeup and holding themselves just so. I’m used to everyone looking so perfect, simply because everywhere I look, I see people who have been “corrected.” So why wouldn’t I think there was something wrong with having organs that actually moved around? Why wouldn’t I look at myself and be confused as to why I looked like I did? Even though I generally knew how anatomy worked, I never really applied it. While dressing the deer, all of a sudden, I had real-life evidence that what I saw on my screens was not right. I finally had a visual of what organs do inside of you. I finally had proof — at least in this one category — that all these representations of humans that I see everywhere are altered to look thin and flawless. That was when I realized that the perfection we see everywhere had been unachievable all this time. I went from thinking there was something wrong with my shape and size — those thoughts courtesy of the media — to recognizing that I have intestines below my rib cage, and they’re there to keep me alive, so maybe I should grow to love their existence, not will them away.

Constant immersion in media doesn’t only distort our view of our physical selves — it also convinces us to trim ourselves down to fit into neat little boxes called labels. Recently, I have become something of a dictionary entry. I have words that define me, and I define myself by them. But when we arrived in Texas, I realized that labels are worthless. After we landed, I spent 45 minutes in a car with one of my dad’s friends, Mark, who we would be hunting with that week. I’d met Mark once before, but he didn’t know a whole lot about me, and I didn’t know a whole lot about him, either. He didn’t know any of the labels that had slowly begun to accumulate on me, like burrs on the cuffs of my pants. Instead of presenting myself with, “Hullo, my name is Olivia and I am an agnostic, questioningly homosexual 14-year-old fangirl who really likes books and BBC,” the introduction was more like: “Hi, my name’s Olivia and I am a human being just like you.” And that was it. As my cell signal nearly disappeared, I was having the time of my life in a car with a man I barely knew.

I laughed more in that car ride than I do at all some days, and I couldn’t tell you anything about how Mark would define himself. We’re so used to having labels and a list of words at our disposal when we’re entering a description on social media or emailing someone for the first time. But those words began to become the basis of who I am. They slowly started to take over my sense of humanity, and I became them, instead of them becoming a part of me. During that car ride, I discovered that if we let our labels fade into the background and become a part of who we are instead of the definition of who we are, we are all just human beings. And if we’re all just human beings, it doesn’t matter if one of us is a teenage girl who likes to write and acts 20 years older than she is, and the other is a 70-year-old man who is a darn good cook and acts 50 years younger than he is, because both of us are humans, and we both speak the same language, and that is enough. It’s such a magical thing, not having to find people who have labels in common with you and instead being able to say, “you are a human, and I am a human, and therefore we have more than enough in common to be able to talk to each other comfortably.”

On the second day of the trip, I sat in a big metal contraption called a high rack, which is a platform hunters put in the back of a truck and ride around in to get a better view of their prey. Sitting in the high rack, I was above everything else, and it felt like being on top of the world. It was beautiful. We stopped on top of a hill and I could see everything. It was dead silent. I had no cell signal and it was during this time that I discovered my peace — it was a special kind of happiness. Right then, I realized that happiness is really not something we need to romanticize so much.

Whenever we turn on the TV, open up our social media, or read the news, we see a glorified idea of happiness. According to the media, happiness is this huge end goal that will take pain and hard work to achieve. It’s not something you can just have, it’s something you have to shed blood, sweat, and tears for. I had always believed what I saw on TV and on social media. I thought that happiness was something that I was going to have to work for. But on that high rack, watching the silence of nature sprawled out beneath me, I realized that it’s not the unachievable thing we think it is. It’s not something only those people we see in pictures have. Happiness is just an emotion, and it comes and goes just as much as anything else. Happiness doesn’t need to be the end goal. Happiness is within the journey, within the everyday grind.

That moment, sitting in the high rack, I realized that I shouldn’t go through every day working towards happiness like we see so many people doing in the media. I should live every day finding little things to be happy about, and I should allow myself to do things that make me happy as I go, instead of working hard in the present for a happy future. Because if all I do is work, then I probably won’t ever get that happy future, because I will be too busy working to notice it.

I had a lot of firsts during that trip to Texas. First deer, first time seeing a cactus, first pair of bloody latex gloves. It was also the first time I realized that there is no point in our filling our lives with so much technology. I realized that we need to look at the world with a realistic eye, not a digitalized one. I found that we need to stop defining ourselves like we’re words in a dictionary and start defining ourselves as human beings. I found out that happiness is an emotion, and it’s not something you can find while engrossed in a screen. So, put your phone in your pocket, unpack yourself from your carefully labeled boxes, and go find your own happiness.

When she wrote this piece, Olivia Bailey was a ninth grader from Yarmouth, Maine. Her hobbies include reading every fantasy novel she can get her hands on, writing about Odorea (a world she created with her friends), drawing constantly, skiing at Saddleback Mountain, and playing with her dog, Piper, who enjoys chewing up things bigger than she is. Olivia is working hard to get her whole school to participate in mindfulness and has nearly succeeded.


Next Post: Zeera and Kichri in the Digital Age