After Heaven Spirituality in America Since the 1950s

By Robert Wuthnow
A cogent analysis of the history and present state of spirituality in America.

Where is spirituality headed in the United States during the next century? Robert Wuthnow, professor of sociology at Princeton University and author of Sharing The Journey: Support Groups and America's New Quest for Community, believes that "a practice-oriented spirituality should be considered seriously as an alternative to dwelling and seeking spiritualities." The first model, dwelling spirituality, surfaced in the 1950s when the House of the Lord served as sacred space for family-centered religion. Now it has become a refuge for Christian fundamentalism and its crusade against secular culture. Seeking spirituality was hatched in the 1960s when individuals began to seek meaning outside religious institutions. It has continued into the 1980s and 1990s with a spirituality that explores healing and wholeness.

Wuthnow believes that practice — "engaging intentionally in activities that deepen [one's] relationship to the sacred" — is the wave of the future given the complex, changing, and unpredictable environment of today's world. The people interviewed in his thought-provoking last chapter have taken charge of their own spiritual development although they also find support in community.

Wuthnow delineates some of the characteristics of spiritual practice, including: (1) prayer, devotional reading, and service of others; (2) an intention to deepen contact with the divine; (3) discernment; (4) an orderly and regular approach to ritual; (5) a revisioning of the self; (6) a sharing of our experiences and stories with others; (7) the use of a wide variety of resources for inner work; and (8) an emphasis upon an ethical dimension. Wuthnow wisely concludes: "The point of spiritual practice is not to elevate an isolated set of activities over the rest of life but to electrify the spiritual impulse that animates all of life."

After Heaven is a cogent analysis of the present state of religion and spirituality in America. This is Wuthnow's most accessible book given his academic background. It offers very good news indeed to those who have already moved beyond dwelling and seeking spiritualities to discover the pleasures of practice. 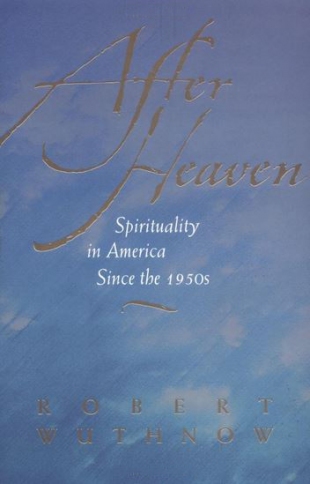 Read an excerpt on Zeal