The Beliefnet Guide to Islam

By Hesham A Hassaballa, Kabir Helminski
An overview of Islam: its history, the five pillars, the importance of the Prophet Muhammed, and issues related to freedom, jihad, and gender.

Hesham A. Hassaballa, a physician and columnist for Beliefnet, and Kabir Helminski, an American Muslim and a sheikh of the Mevlevi Order, have put together this overview of Islam. One-fifth of the world's population is Muslim, and the religion is growing rapidly. Yet in the West, many of its main tenets and practices are misunderstood and, in many cases, distorted. The authors cover the essentials of Islam in chapters on its History; the Five Pillars; Muhammad, Messenger of God; Hadith, in the footsteps of the Prophet; and The Sum of All Fears: Freedom, Jihad, and Gender. They directly address many of the issues about Islam that have been misrepresented in the media and elsewhere in the West.

The section which comes across as most relevant to us is the one in which Hassaballa and Helminski lay out some of hadith (statements or sayings of Muhammad). They reveal basic practices and show the depth of humanity of this Prophet of God.

• "Kindness is a sign of faith, and whoever has not kindness has not faith."

• "Deal gently with the people, and be not harsh; cheer them and do not condemn them."

• "What actions are most excellent? To gladden the heart of a human being, to feed the hungry, to help the afflicted, to lighten the sorrow of the sorrowful, and to remove the wrongs of the injured."

• "The performance of religious duties will not atone for the fault of an abusive tongue. A man cannot be a Muslim till his heart and tongue are in submission." 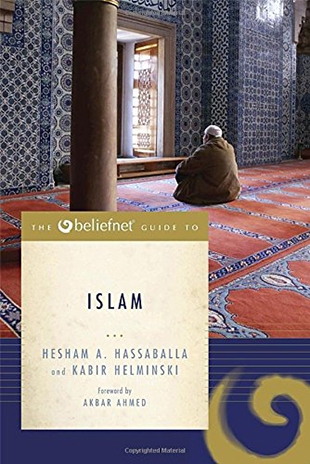