Memories of Muhammad Why the Prophet Matters

By Omid Safi
A well-developed, rounded, and revealing portrait of the life, work, and legacies of the Prophet Muhammad.

Omid Safi is a professor of Islamic studies at the University of North Carolina, Chapel Hill, where he specializes in Islamic mysticism (Sufism), contemporary Islamic thought, and medieval Islamic history. He is the chair for the Study of Islam at the American Academy of Religion and a member of the advisory board of the Pluralism Project at Harvard University. Safi is also the editor of Progressive Muslims, a diverse collection of essays by and about those within this tradition seeking reform.

In this richly developed and well-written volume, Safi presents a rounded and revealing overview of the life of Muhammad, the world before him, his revolution, his relationship with Allah, Islam as an Abrahamic tradition, life after the Prophet, and echoes of Muhammadi Grace. Safi sees Muhammad, above all, as the Prophet of Mercy and as "the completion of the possibilities available to us as human beings." He explores the significance of his life as the ideal father, husband, friend, leader, and prophet.

Pre-Islamic Arabia and its surrounding cultures furnished a fascinating seedbed for the coming of the Prophet. It was a nomadic culture; there were well over a thousand words in Arabic for camels who were "ships of the desert" for tribes and for traders. The goal of life was to follow the elder of the family from one oasis to another. Custom required each person to honor the elders, to put a heavy emphasis on loyalty to one's clan and tribe, to adhere to honor, and to respect refined language. The code of blood-retaliation and the practice of female infanticide were both staples of pre-Islamic culture. Both demonstrated the reign of the patriarchy.

Safi believes that the revolution that arrives with Muhammad was deep and far-reaching: beginning with a transformation of the heart, spinning out into a social and political transformation of Arab society, and ultimately spreading across the world from Asia to Africa to Europe. He begins with a look at three movements of Muhammad's life:
1. Ascending to the mountain of Hira, receiving the revelation, and descending to deliver the message to humanity;
2. Ascending from Mecca to Jerusalem and unto heaven, having a direct revelation with God and returning compassionately to humanity;
3. Leaving his homeland for Medina, establishing a multireligious community there and then returning to Mecca.

Along the way, Safi emphasizes the following aspects of Muhammad's life and vision: knowing God immediately, directly, and intimately; linking inner reflection and social action; an appreciation of all that is beautiful and natural; the practice of hospitality, especially to strangers; a respect for bodies in life and in death; a life of modesty and voluntary poverty; a well-balanced life in which one-third of the day is spent in work, one-third in worship, and one-third with family; and egalitarian intentions in terms of race, class, gender, and ethnicity.

Safi points out that the conflicts between Muslims, Jews and Christians over the past 1,400 years have been minor in comparison to the infighting and schisms among Muslims. Here the author covers the split between the Sunni and Shi'I factions. In the Qur'anic worldview, lslam opens the doors to both Jews and Christians as long as they have submitted themselves to God wholeheartedly:

"For the most part, the Qur'an does not conceive of Judaism, Christianity, and Islam per se, but simply lays out the notion of One God and one guidance being sent through a multiplicity of messengers to address the multiplicity of humanity."

According to Safi, Muslims love knowing the details about the life and work of Muhammad. Scholars and others have written about every aspect of his body, behavior worship, ethics, etiquette, and personal life. The author gives the example that Muhammad never yawned because he always found what God did in every small detail to be a source of fresh wonder. Hadith scholarship emphasizes his words and teachings whereas the artistic tradition of Hiya commemorates the Prophet in other ways. As the South Asian poet and philosopher Iqbal has noted: "Love of the Prophet runs like blood in the veins of his community."

How can this love be manifested in a time when Muhammad is still ridiculed in many quarters and Muslims are labeled as violent terrorists? Islam is not about terrorism, extremism, or the oppression of women. It is about submission to God, the nobility of manners, and the fragrant example of character:

"If Muslims are to be worthy of the name 'Muhammad's people,' if the adjective 'Muhammadi' is to be meaningful, then it is incumbent on Muslims to embody the qualities of mercy and justice that Muhammad so perfectly embodied. If 'Muslim' is not to be simply a historical designation or civilization marker but a spiritual indicator of aspiring to the ethics of Muhammad, then it is vital to live by the 'lovely example' that Muhammad set (Qur'an 33:21)." 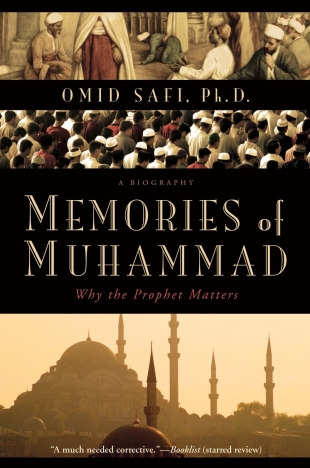