Prayer of the Heart in Christian and Sufi Mysticism

By Llewellyn Vaughan-Lee
A probe of the mystical prayers of Christians and Sufis and what they have in common.

"Sufism and Christianity are joined at the heart — perhaps literally, and certainly spiritually and symbolically. They are kindred pathways of transfiguration through love. Both traditions picture the spiritual journey with the same core metaphor: as a cosmic love song that begins in exile and ends in divine intimacy," writes Cynthia Bourgeault in the foreword to this interspirituality paperback. Llewellyn Vaughan-Lee has followed the Sufi path in the Naqshbandi order since he was 19. In 1991 he became successor to Irina Tweedie, moved to Northern California, and founded the Golden Sufi Center. He is the author of many books including recent ones on a global awakening to oneness. Vaughan-Lee is featured on S&P as a Living Spiritual Teacher.

Both Sufi and Christian mystical traditions have practices of contemplation designed to take us into the heart where we can commune with God. According to Vaughan-Lee, both traditions build these practices upon silence, patience, and the art of listening. "Mostly God speaks very quietly, answering our prayers, giving us guidance, or whispering about the secrets of the soul, the mysteries of divine love." The author celebrates the idea that the Beloved often communicates with us though images and uses dreams as vehicles of revelation.

Vaughan-Lee assesses St. Therese of Avila's four stages of prayer (reflection, quiet, union, and ecstasy) before moving on to positive comparisons of the Jesus Prayer of Christians and the Dhiker (often spelled zikr) of Sufis. Both use repeating the name of God as a devotional tool which gives meaning and purpose to the circle of love.

Vaughan-Lee ends his discussion of mystical prayer with a plea that both Christians and Sufis open their hearts and minds to praying for the good Earth and all of creation. Here we can take a cue from Native Americans who walked in the Beauty of the natural world which they saw as part of their family. Vaughan-Lee concludes the book with his own version of the Christian ideal of prayer: "What else can I do in this world but pray? We are love's prayer." 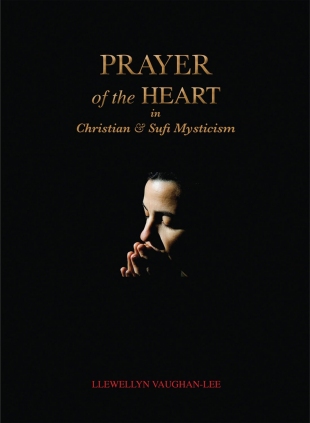