Finding God Beyond Religion A Guide for Skeptics, Agnostics and Unorthodox Believers Inside and Outside the Church

By Tom Stella
Concerns and themes of interest to the spiritual but not religious crowd.

Tom Stella is a hospice chaplain, visiting professor of religion at Colorado College, and spiritual director. In A Faith Worth Believing: Finding New Life Beyond the Rules of Religion, he led us out of the cramped and confining beliefs of parochial Christianity into more expansive and mysterious territory. In this book, he speaks directly to the "spiritual but not religious crowd," who are searching for a path that gives their lives fresh meaning. Stella covers nine traditional aspects of religion that he believes can be reframed and put into action in our daily lives. In each chapter, the author shares his personal experiences and those of others with these interests.

A thought-provoking quotation by Wendell Berry sets in motion Stella's musings on "God Beyond Religion":

"Perhaps the greatest disaster of human history is one that happened to or within religion: that is the conceptual division between the holy and the world, the excerpting of the Creator from creation."

He moves on to examinations of prayer, the replacing of belief with faith, Jesus, feeding the mystic within us, inspiration, morality as right relationship, the problem of evil, and the meaning of mission. Although Stella has made a valiant effort here to address the spiritual but not religious crowd, his reframing of the nine traditional aspects of religion will appeal to some but probably not to the most radical seekers among them. 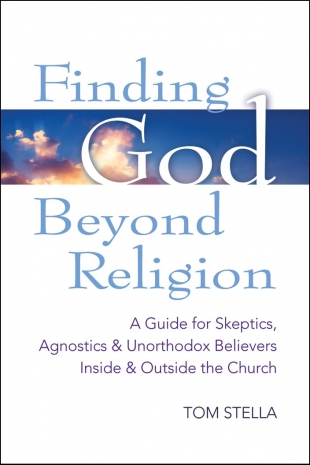