Presidents of War The Epic Story, from 1907 to Modern Times

By Michael Beschloss
An insightful and often fascinating look at the power of the President of the United States.

In the Constitution, the founders of the United States established that the ethically complicated choice of going to war was to be shared by the Congress and the President. But since the September 11 attacks, the President as Commander-in-Chief has been given a blank check to wage war without debate or any authorization from lawmakers.

In this enlightening and masterful work, the bestselling historian and NBC News commentator Michael Beschloss immerses us in the controversy swirling around the power to wage war from 1807 to modern times. With keen insights, interviews, and profiles, the author delivers in-depth and thought-provoking close-ups of Madison, Polk, Lincoln, McKinley, Wilson, FDR, Truman, and LBJ as they deal with the tensions and temptations of what Arthur Schlesinger called "the Imperial Presidency." A few of these stressed-out leaders went too far in their nationalistic adventures; others got caught in the crossfire from Congress, the courts, the press, and antiwar resisters.

Beschloss brings history alive and challenges us to seriously consider afresh the political practice of the President to send American men and women into battle without authorization from Congress. This 586-page book (plus another 150 pages of comments and index) is packed with interesting observations about historical moments. It will give you much food for thought as you consider your own perspective on history. Here are a couple examples.

On the Presidential leadership of Franklin Delano Roosevelt:

"By the twenty-first century, some Americans would think of the wartime Roosevelt primarily in terms of the mistakes that led to the Pearl Harbor disaster, the removal of Japanese Americans and other infringements of civil liberties, the failure to significantly improve the lot of African Americans and do more to thwart the Holocaust. Although more than some of such criticism is justified, the thirty-second President deserves the verdict of the New York Times, rendered the morning after his death, that 'men will thank God on their knees a hundred years from now that Franklin D. Roosevelt was in the White House.' It is difficult to imagine any other American leader of that generation guiding, with such success, a resistant nation toward intervention and ultimate victory in this most momentous of history’s wars, as well as taking Americans into a postwar assembly that would strive to enforce the peace."

On American Presidents and their penchants for war:

"The notion of presidential war took hold step by step. Although he was one of the creators of the founding document, James Madison allowed himself to become the champion of a war against England — despite the absence of an immediate, overwhelming danger, uneven support from Congress and the American people, and an over-reaching mission that included a grab for Canada. Satisfied that his ends would justify his means, James Polk lied and connived, creating a pretext for a war that, despite his public claims, he designed to allow the United States to seize vast territory from Mexico. With the sinking of the Maine, William McKinley showed how an outrageous offense that took American lives could be employed to almost instantly unite the country for war. So did Franklin Roosevelt after Peal Harbor, in his noble effort to save the world from Hitler and Imperial Japan. The experiences of Woodrow Wilson and FDR demonstrated how a major war could enhance a President’s contemporary standing and expand the power of his branch of government. Harry Truman, Lyndon Johnson, and later Presidents proved that the Constitution’s demand for congressional war declarations could be ignored without serious penalty. With no military draft, Presidents who consider taking the nation into major conflict in our own time may feel so constrained as earlier leaders by fear that a widespread antiwar movement might erupt.

"Those who wrote the Constitution could not foresee the invention of nuclear weapons that could be delivered by a hostile power’s missile, giving a President little more than a moment to respond, allowing no time to seek concurrence from Congress, even if the President should like to obtain it. Nor could the Founders anticipate the possibility of a major war initiated by cyberattack, which would compel a quick response from a President working secretly with the intelligence community. John Adams and other early Americans used the word 'terrorism,' but they could not foresee the prospect, now always imminent, of a single major terrorist event that, in the tradition of the Maine disaster, could galvanize the country behind a President’s demand for a war that it might otherwise shun. If there should be an unscrupulous leader in the Oval Office, a terrorist attack might someday even be fabricated as a means of shocking the American people to demand a new war that would lead them and Congress to grant that President new deference and authority.

"The Founders would probably be thunderstruck to discover that the option to start a war of a magnitude they would find inconceivable — killing hundreds of millions of human beings in less than an hour — may now rest on the whim of a President. James Madison and his contemporaries never presumed that Americans would be angels, not even in the optimistic atmosphere of their newly fledged nation. But they hoped that all future Presidents would be people of sagacity, self-restraint, honesty, experience, character, and profound respect for democratic ideals. They anticipated that any Chief Executive would strain to avoid taking the nation into conflict, except to confront a genuine, immediate national danger. And they expected that in the absence of such a danger, all future Presidents would resist any temptation – which the Founders saw in the European despots they abhorred – to launch a major war out of lust to expand their own popularity and power." 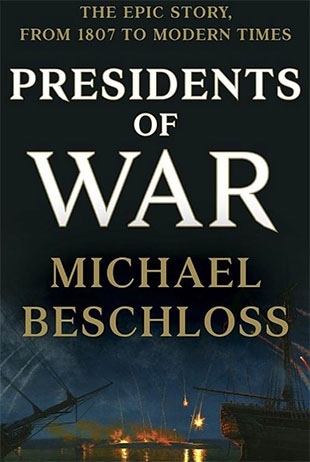