By Brad Evans, Natasha Lennard
Twenty-eight glimpses of a culture drowning in a sea of violence.

In their introduction to this serious and highly ethical resource, editors Brad Evans and Natasha Lennard see themselves charting the legacies of war and suffering, challenging abuses of power in all their oppressive forms, and mustering sustained intellectual engagement to counter violence. This confrontation requires developing a mature and realistic critique of the savagery that abounds all over the world.

Violence: Humans in Dark Times brings together essays by 28 artists, writers, cultural critics, philosophers, and academics "to bring critical thought to bear on violence." We full-heartedly concur with Evans and Lennard when they call for more compassion, dignity, and love in dealing with the crisis situations of our times. The major challenge is "to find meaningful solutions to the raw realities of violence that don't simply end up creating more anger, hatred, and division. People are certainly frustrated that the seemingly daily exposure to violence doesn't become a catalyst to steer history in a more peaceful direction."

Here are some of the themes, topics, and thinkers covered in the interviews in this book:

The increase in media presentations is even more appalling because it fuels a real life the taste for violence in our society that is growing. And as the interviews in Violence: Humans in Dark Times graphically reveal "there is a need to confront the intolerable realities of violence in the world." Evans and Lennard talk to those who know the most about the "dark times" brought on by state power, white supremacy, guns, climate policy, and pornography. Their aim is not just to discuss violence, but to help us all learn to undo it. 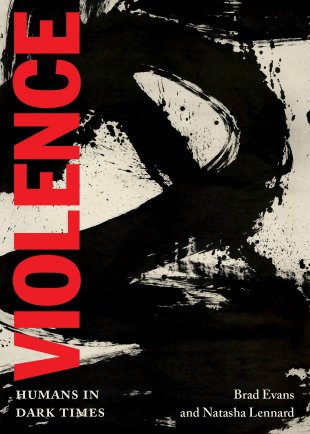