A Call for Revolution A Vision for the Future

By His Holiness The Dalai Lama, Sofia Stril-Rever
A challenge to this generation of youth to care for the earth and develop their capacity for compassion.

"For the first time in history, the future of humanity depends on the upcoming generation: yours. You are responsible for the wellbeing of billions of humans and all matter of living species sharing the adventure of life on earth. It is up to you to protect natural resources and guard over air, water, oceans, forests, fauna and flora. To do so, it is essential that you realize your potential for love and compassion in order to care for the earth. Learn to love it through sharing it, rather than striving to possess it, and thereby destroying it."

This call for a "Revolution of Compassion" addressed to the world's youth grew out of a conversation His Holiness the Dalai Lama had with four young visitors in Dharamshala, India in 2007. He expressed his hopes that compassion will become the driving force of youth. He advocates a cultural shift:

"An ethics of consideration, based on the universal human values of benevolence, tolerance, generosity, kindness, forgiveness, non-violence will replace the current ethics of fault-finding and prohibition, which sustain the fear of punishment."

Although it might take another 20 or 30 years, this revolution of compassion and accountable humanity will, in the long run, bequeath to future generations "a united human family, aware of being one body, one consciousness."

This brief but profound spiritual work has been written by Sofia Stril-Rever based on her private conversations with His Holiness. Among the many substantive topics discussed are the view of war as an anachronism, the dream of women as national leaders, an assessment of the failure of religions, the universal responsibility of tikkun, and the host of environmental challenges facing us. 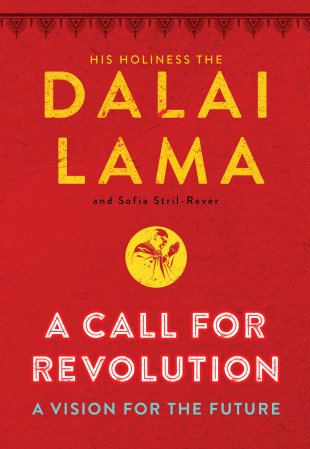