By Michael Muhammad Knight
A collection of different and imaginative ways of meeting the life and teachings of the prophet Muhammad.

Michael Muhammad Knight is an American novelist, essayist, journalist and assistant professor of religious studies. His books include The Taqwacores, Blue-Eyed Devil; Tripping with Allah: Islam, Drugs, and Writing; and Why I Am a Salafi.

In this latest volume, Knight follows a tradition of Islamic literature by compiling forty hadiths, reports of the sayings and actions of the prophet Muhammad. Knight’s collection is purposefully unique. He stresses the point that the breadth and variety of hadith collections is so great that it inevitably provides a diversity of perspectives on a given topic -- “the hadith corpus, even in its most narrowly canonical scope, contains sufficient diversity of content that Muslims can compile entire forty-hadith collections to argue for opposing perspectives.” Thus, Knight dismisses the idea that one can arrive at a singular understanding of who Muhammad was, asserting instead that Muhammad is “a montage of images, an arrangement of moving parts.”

Further, Knight wants to address the diverse ways that Muslims live Islam and envision Muhammad today, writing that “if we consider the classical tradition as represented only by the mighty scholars and thinkers of past centuries, we get a limited sample that fails to adequately represent historical Islam as lived in the world.” Accordingly, Knight chooses not to side with the “winners” of the intellectual power struggles over the credibility of hadiths; rather, he offers a collection that includes hadith that are non-canonical as his way of offering forty different ways of being introduced to, and thinking about, Muhammad.

In doing so, he provides the reader some startling possibilities for considering topics such as mysticism, gender, and sexuality. One of my favorite of the many topics he raises is the potential role of one’s intention in determining whether an act is permissible or prohibited, concluding that “these various hadiths of intention could call us to recognize that when humans act as judges over one another, they risk acting as imposters in God’s role as the Judge (Al-Hakam).” 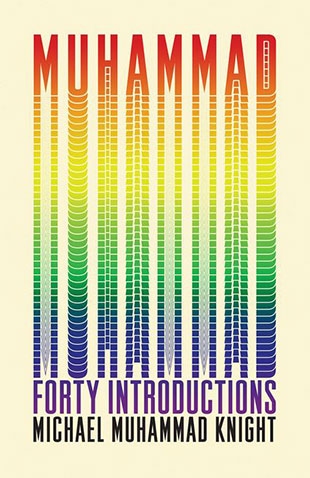